Padraig Harrington played in six consecutive Ryder Cups, helping Europe to four victories in the biennial matches in that span. But the most distinct match memory for Europe’s 2020 captain came from one of his team’s most bitter defeats.

Harrington was a rookie during the 1999 matches at Brookline, when the Europeans built a seemingly insurmountable 10-6 lead heading into the final day. While the Americans got off to a fast start, Harrington believed that his 1-up victory late in the day over Mark O’Meara had essentially clinched the cup for Europe, with Jose Maria Olazabal ahead of Justin Leonard a few holes behind.

“I did an interview on the back of the 18th (green) thinking I’ve won the Ryder Cup,” Harrington recalled. “I glided down the 18th fairway. I certainly didn’t touch the ground, let’s say. I got to the 17th green, all of my teammates congratulate me. I sat down on the ground, and five seconds later, well probably 30 seconds later, Justin Leonard holes that putt.” The putt, of course, became one of the most iconic moments in Ryder Cup history as Leonard drained a 45-foot birdie that became the highlight of the Americans’ unprecedented rally. They went on to win by a single point in a scoring sequence that the Europeans would reverse on the U.S. 13 years later at Medinah.

Harrington was named European captain for the upcoming matches at Whistling Straits during a Tuesday announcement, and he believes the “electric atmosphere” at Brookline was matched only by the scene a few months ago in Paris. But he also believes that in defeat, the Europeans perceived a changing tide that has led to seven Euro victories in nine matches since Leonard’s putt dropped.

“I know that putt is one that’s gone down in history, but it’s a pivotal moment in the Ryder Cup because it proved to the Europeans that we have driven the U.S. team to care deeply about the Ryder Cup,” Harrington said. “They celebrated there, it meant something to them. Coming into that Ryder Cup, there was a little bit of discontent. But they proved how much they wanted the Ryder Cup, there and then.

“It should be a moment that Europe look back on and say, ‘Wow. We have created this.’ Seve (Ballesteros) has created this over the years, that now it’s a real match. The U.S. really want to be in it. They want to win it just as much as the Europeans.” 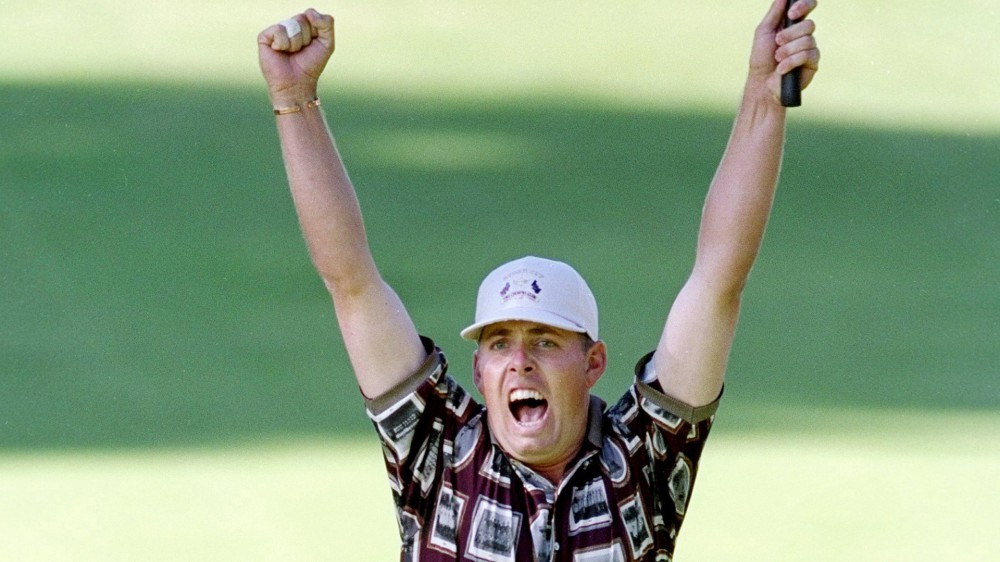