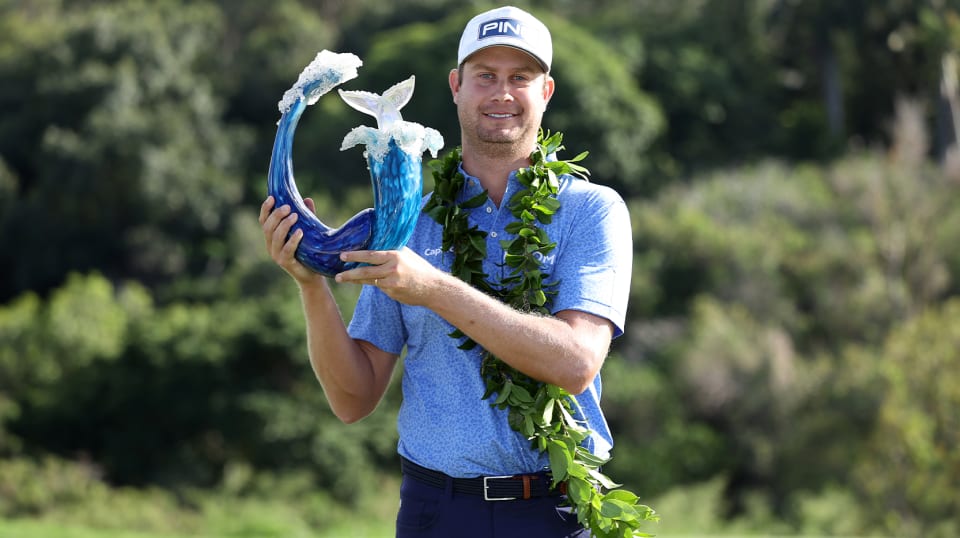 It wasn’t long ago English was floundering a little having finished 149th in the 2019 FedExCup race, losing his full card in the process. It came after sneaking in in 125th place in 2018 and being 118th in 2017.

What had gone wrong? Turns out English wasn’t as dedicated to practice as he should have been and was perhaps a victim of searching for things in his game he didn’t need to chase.

“Every week you play with somebody that you might think does this better, does that better, but you are who you are, and you can get better at what you do,” English explained. “That’s what I’ve learned – to not go up-and-down the range saying, I need to be like Dustin or Justin Thomas or Xander Schauffele.

“I need to be the best version of myself and do the things I do well and always work at it. I feel like I’ve gotten a lot better at doing that and my coach back home has really kept me on track.”

That coach, Justin Parsons, came through elsewhere for English back in 2019 when his career was seemingly sliding backwards after a missed opportunity in the Korn Ferry Tour finals to get his card back. He had just dropped from projecting inside the top 25 who earned cards to outside with loose play down the stretch.

“My coach is kind of a little bit of a sports psychologist as well… keeping me on track,” English admits. “I don’t know what happened on the last three or four holes, I just, I didn’t do it, and that was very shocking to me…, it hadn’t happened a whole lot in my career where I had opportunities like that, and I just let them slip away. So that was tough.

Seize them he did. After getting a start in A Military Tribute at The Greenbrier, English finished T3, ensuring a start at the following week’s Sanderson Farms Championship. He finished T6 there and by the end of the fall had further top five finishes at the Houston Open and Mayakoba Golf Classic.

English never fell outside the top 30 of the FedExCup in the COVID-19 affected 2020 season and ultimately finished 12th in the season-long race after a runner up in the opening playoff at THE NORTHERN TRUST. It was getting to East Lake that allowed him back to Kapalua this year as TOUR Championship players were given a one-off exemption thanks to the restricted season.

The Georgia native entered the final round at Kapalua with a share of the lead and was there alone after one hole on Sunday. But an even par front nine stalled his chances as young Niemann scorched up the leaderboard.

Staring another missed opportunity dead in the face, English rallied in tough winds on the back nine, picking up four birdies in a five-hole stretch from 11 to 15. After dropping a shot on the par-4 16th, he came to the infamous downhill, downwind par-5 18th needing a birdie to force extra holes.