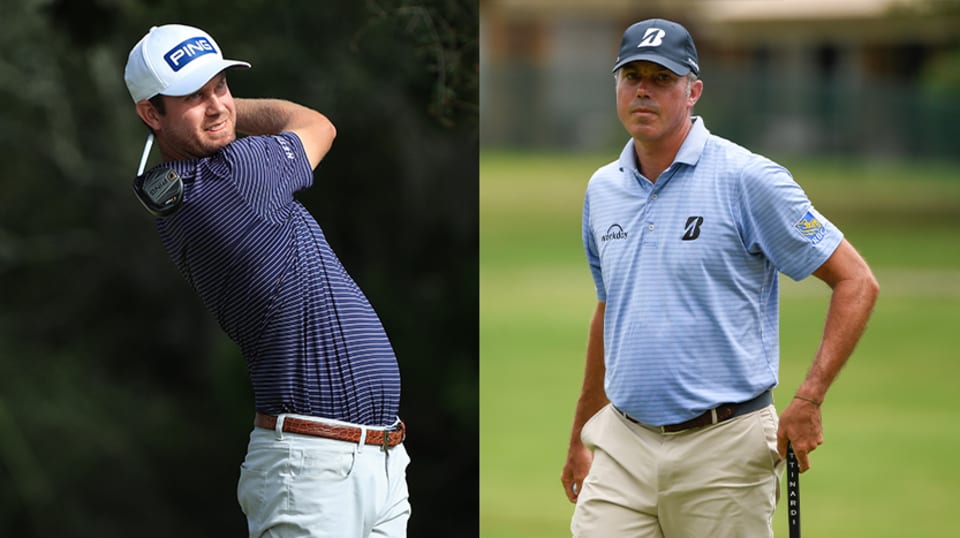 NAPLES, Fla. – Matt Kuchar and Harris English took a five-stroke lead Saturday in the QBE Shootout, opening and closing with long birdie runs for an 11-under 61 in modified alternate-shot play.

“I feel like our games really fit this format well,” English said. “He does a lot of stuff that I’m not great at and maybe I do some stuff that he’s not great at. It’s just fun. It’s very relaxing out there.”

Kuchar and English birdied the first five holes on Tiburon Golf Club’s Gold Course, then ran off six in a row on Nos. 12-17. They had a 25-under 125 total after opening the 12-team event Friday with a 58 in the scramble format. The final round will be better ball.

“There’s still a need to make lots of birdies,” Kuchar said. “I think this best-ball format, guys are going to shoot some low scores. Whatever the lead is, pars aren’t going to be helping out very much. We’ve got to still make a bunch of birdies tomorrow to try to protect the lead.”

Kevin Na and Sean O’Hair, the first-round leaders at 56, were second after a 68.

“Alternate shot’s a tough format,” Na said. “I don’t know what these guys played that are leading, but we were saying anything better than 5 under was a good score. We fell one short of what our minimum was, but it’s tough.”

The all-rookie team of Lanto Griffin and Mackenzie Hughes also shot 68 to match Bubba Watson and Louis Oosthuizen (66) at 18 under.