Nasa Hataoka positioned herself to build on her teen-dynamo status in Japan by moving to the top of the leaderboard Friday at the final stage of LPGA Q-School in Daytona Beach, Fla.

And rising LET standout Georgia Hall vaulted into a tie for 11th.

The top 20 after Sunday’s conclusion of play will earn tour cards with players finishing 21st to 45th and ties earning the equivalent of conditional status.

Hataoka posted a 3-under-par 69 on the LPGA International Hills Course to move to 8-under overall, one shot ahead of American Marissa Steen (71) and Hong Kong’s Tiffany Chan (67) and two ahead of Australia’s Rebecca Artis (69).

Hataoka won the Japan Women’s Open as a 17-year-old a year ago, becoming the youngest winner of the championship. A month later, she made the trip to the United States and earned a tour card, tying for 14th, in her first try at LPGA Q-School. She turned 18 before making her rookie debut earlier this year, but she struggled in her first season on the American-based tour, finishing 140th on the LPGA money list.

Hall, who leads the LET’s Order of Merit this year and made the European Solheim Cup team, has soared 122 spots up the leaderboard over two days in Daytona Beach. She opened Q-School with a 77 but followed with a 69 on Thursday and a 67 on Friday. 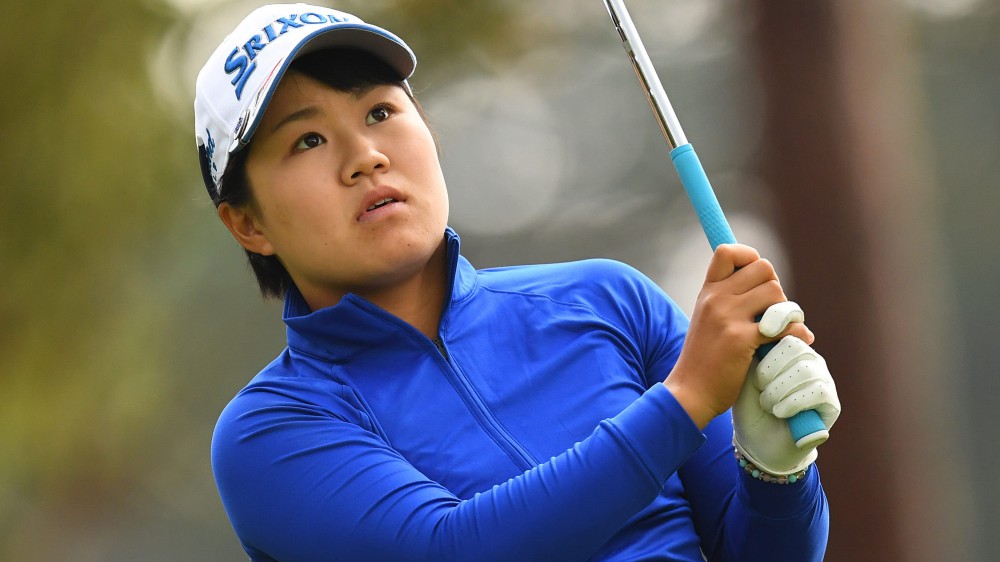