Hatton fell asleep 'next to toilet' after Ryder Cup

To the victor go the spoils, and it appears there were plenty to go around Sunday night for the European Ryder Cup team.

After dusting the favored American contingent by seven points at Le Golf National, the 12 men had nothing but smiles for the international press when they sat down following the trophy ceremony. But the real fun began after that, with the Euros whisked away on golf carts back to the team room to begin the celebrating in earnest.

England’s Tyrrell Hatton went 1-2 in his Ryder Cup debut, dropping a Sunday singles’ match to Patrick Reed. But his individual record didn’t get in the way of the party, as he told a Sky Sports reporter during the opening round of the Alfred Dunhill Links Championship that he fell asleep in the bathroom in the wee hours of the Monday morning:

What are #RyderCup parties really like? If you're @TyrrellHatton, you get back to your room at 4am and fall asleep next to the toilet pic.twitter.com/GjJZuaJihz

“Sunday night was messy,” Hatton said. “I got back into my room at 4 in the morning. And then always a sign of a good night is when you fall asleep next to the toilet.”

Hatton is back in action this week in Scotland, eyeing a rare three-peat at the Dunhill after winning the last two editions by a combined seven shots. He bounced back from a rough start at Kingsbarns to post a 2-under 70 that left him two shots off the early lead set by Australia’s Marcus Fraser. 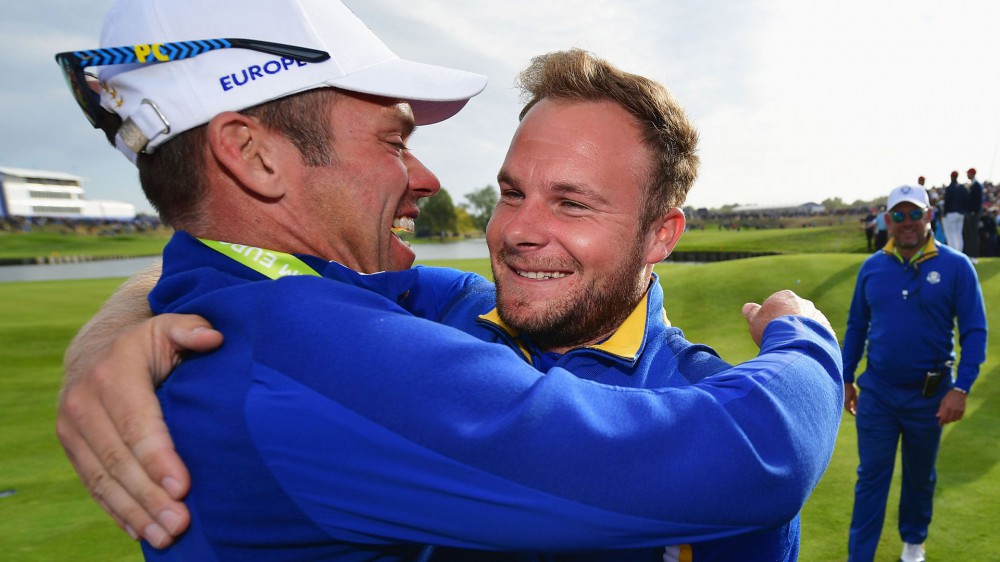 McIlroy: USGA thinks we're better than we are

Inside the Field: Barracuda Championship