David Hearn wasn’t surprised when PGA Tour rules officials summoned him after he posted a 7-under-par 64 Friday at the John Deere Classic to quiz him about his putting stroke.

After he moved into contention, they had questions about his technique with his long putter, about how close he may be getting to anchoring his upper hand against his chest, which would be a violation of the Rules of Golf.

Hearn apparently satisfactorily demonstrated that he doesn’t anchor, because his score stood.

“I guess I’m putting too well,” Hearn told reporters after his round. “No, honestly, it’s to be expected. There is a lot of opinions out there about the anchoring rules and what not. They were asking me about the way that I’m doing it, and I can say with certainty that I’m not anchoring the putter.”

Hearn leans over his long putter, with his left hand at the top of the putter, near his chest. With a baggy shirt, it can be difficult to discern how close he gets to his chest.

“I can say with 100 percent confidence there isn’t a single putt that I’ve hit that’s anchored,” Hearn said. “They had to ask and do their due diligence, and that’s fine. I know there’s always going to be questions with it, but I’m not doing anything wrong.”

Hearn said he has tried different techniques since the ban was instituted, including Matt Kuchar’s arm brace, but he is back to the left hand at the top of the putter.

“Going back to it, I made some physical changes,” Hearn said. “I’ve taken length off the putter. It has taken me time to get better at it, but there is no reason that I can’t be even 95 or 99 percent good as I used to be with it, not attached to my body.”

Hearn, 39, is seeking his first PGA Tour title. He tied for second at the John Deere Classic five years ago.

“I think I just have good feelings around this golf course,” Hearn said. 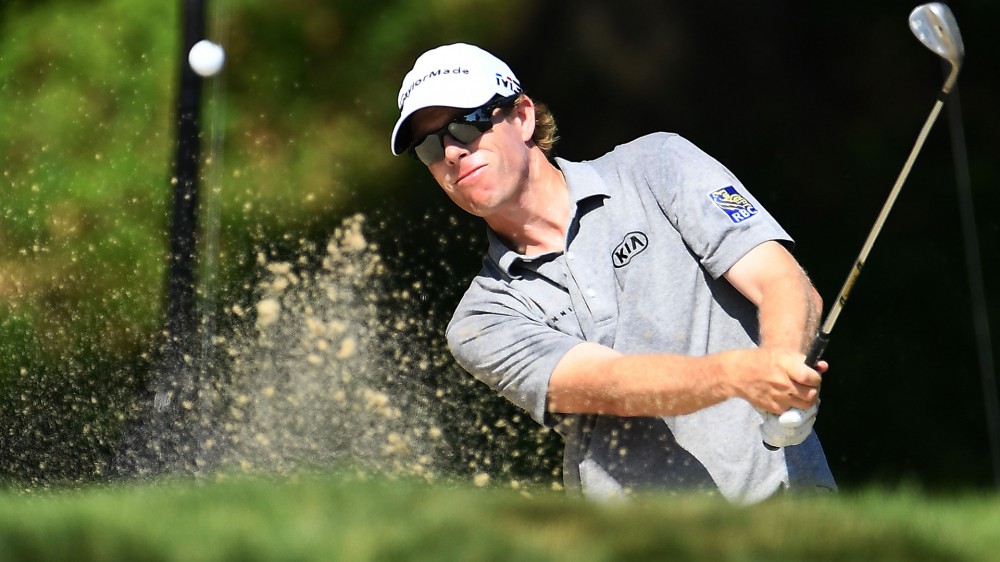