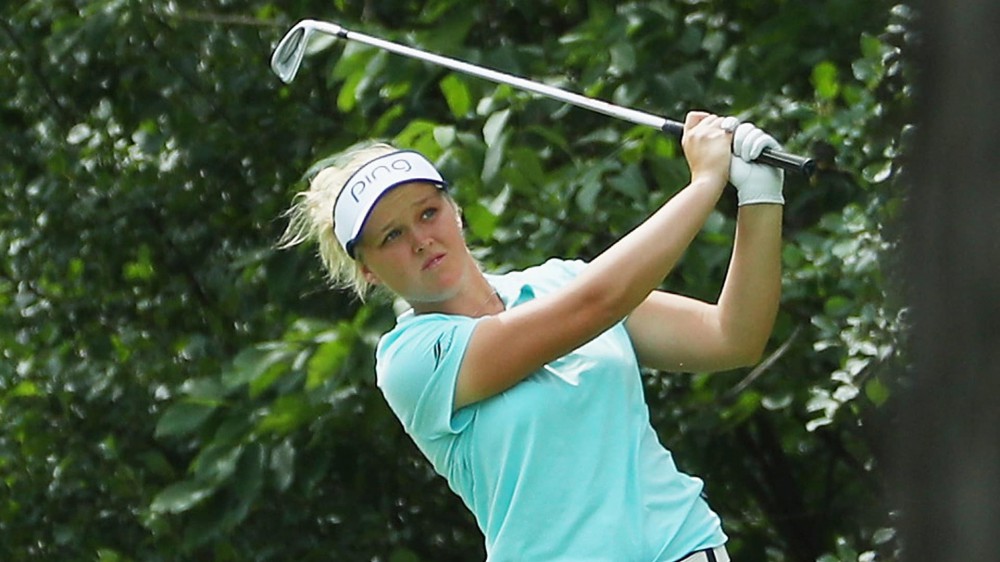 Amy Yang birdied her final hole upon the conclusion of Round 1, on Friday morning, to lead the event at 6 under. Brooke Henderson is three back.

With her start Thursday, Henderson quickly put herself in position to defend.

Henderson’s 3-under-par 68 left her just two shots off the lead in the suspended first round at Olympia Fields Country Club.

“I was going to try to take it a day at a time and see what happens, but I’m in a great spot right now, so I’m really excited,” Henderson said.

Henderson, still a teenager at 19, is looking to win her fifth LPGA title, her second major.

“I’m really happy with that day, minus-3 on this tough course, and these tough conditions,” Henderson said. “It’s a great way to start out this championship.”

Olympia Fields bared its teeth early, with winds coming up as Henderson was about three holes into her round. She slugged her way onto the leaderboard, pounding driver around the historic venue, giving her shorter irons in than most of the field in a game of bomb-and-gouge. Henderson was 10th in driving distance on the day, averaging 271 yards per drive. She hit nine of 14 fairways.

“I was able to carry a couple fairway bunkers, which is huge, because not a lot of players are able to do that,” Henderson said. “I was able to take them out of play. Hopefully, I can do that over the next three days, and, hopefully, just hit a few more fairways tomorrow.”