LYTHAM ST. ANNES, England – Corks were popping in the back of the media center Friday at the Ricoh Women’s British Open.

After making a hole-in-one, Brooke Henderson sent the case of Prosecco Italian sparkling wine she won to the media.

Henderson holed a 9-iron from 141 yards at the ninth hole.

It was Henderson’s sixth hole-in-one, her second in a major championship. Notably, after she made an ace in the first round of the KPMG Women’s PGA Championship two years ago, she went on and won. She also won a car with that ace, a Kia 900 she gave to her sister/caddie, Brittany.

Henderson’s hole-in-one Friday at Royal Lytham & St. Annes helped her post a 3-under-par 69, moving her into a tie for eighth, five shots off the lead. She one-hopped the ace into the hole.

“I’m definitely very happy about it,” Henderson said. “To get one there and get my score back to reasonable, and close to the top of the leaderboard, was really cool. Kind of struggled a little bit on the back nine, but birdied 15, and I’m really happy with my round today.”

Henderson, 20, has a victory among her eight top-10 finishes in majors, but none of them at the Women’s British Open.

“I haven’t played that well at British Opens before,” she said, “so I’m happy about this.” 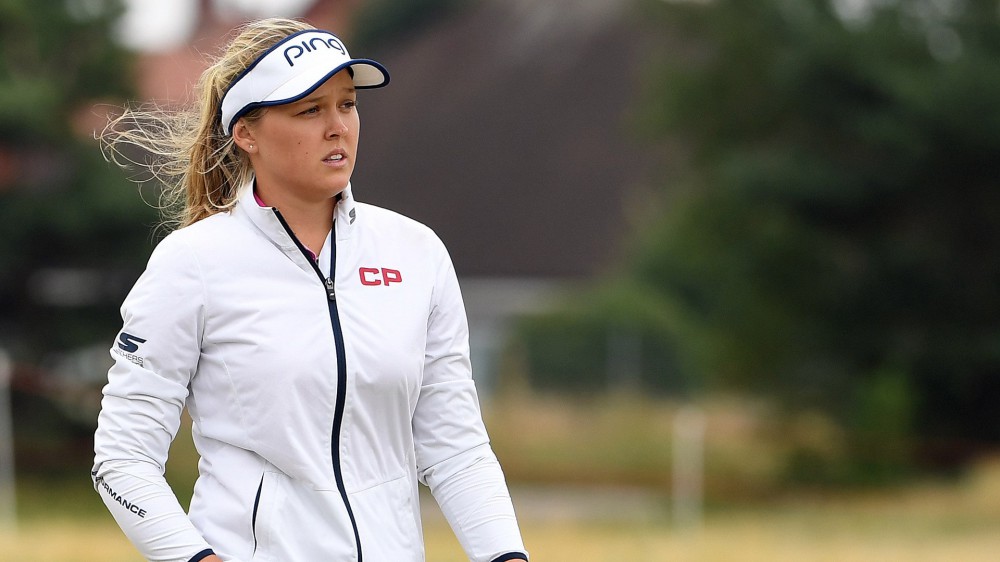 Eagle-eagle run propels Wagner to 4-under 67

Steele inside OWGR top 50 for first time after win