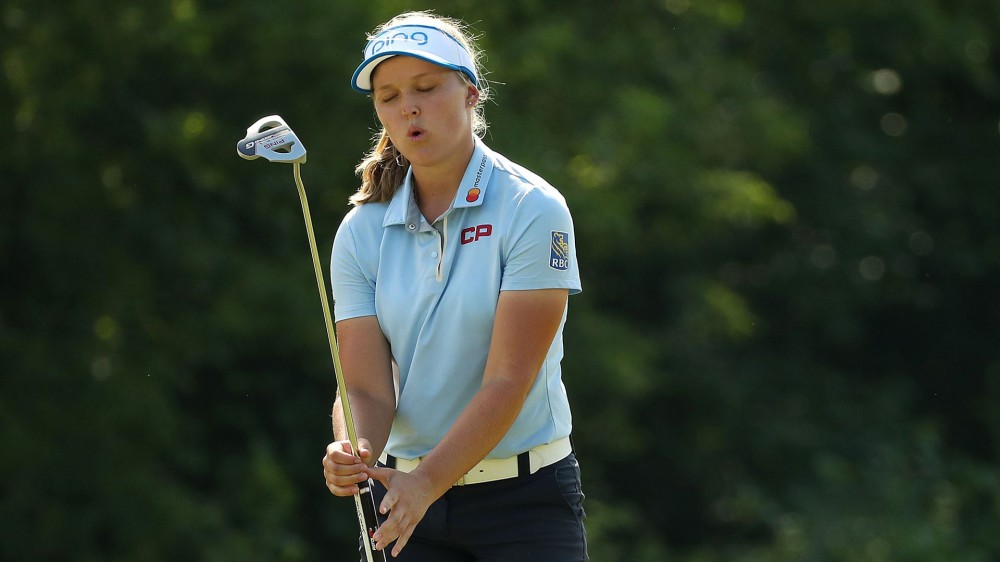 KILDEER, Ill. – Brooke Henderson didn’t finish the way she wanted Saturday at Kemper Lakes, but she’s in position to make yet another final-round charge at the KPMG Women’s PGA Championship.

She won it two years ago, finished second last year and tied for fifth in her first start in it three years ago.

She’ll start tomorrow three shots back after posting a 2-under-par 70 that left her kicking herself over missed opportunities with a new putter she put in her bag this week.

“Today, I kind of struggled a little bit with my putter, which is disappointing,” Henderson said.

“I think just kind of get better in my head, and just go out tomorrow and make a lot of good shots and see if I can make some birdies,” she said.

Henderson plans to come out early to work on her putting.

“Just work on my pace putting a little bit, just try to get confident with it again,” she said.

Henderson missed a 3-foot putt for par at the 14th hole, and missed a 7-foot birdie chance at the last.

Still, she knows how the stars line up for her in this event.

“This event has always been really special to me,” she said. “My worst finish so far has been a T-5, which is pretty crazy when you think about it. Just so many great memories, and hopefully tomorrow I can just go out and put a good score together and just kind of see what happens.”