POTOMAC, Md. – You’re familiar with the “if a tree falls in the forest” bit.

Well, if a guy a shoots a course-record 63 and no one sees it, does it still count?

J.J. Spaun raced into a tie for first-round lead at 7 under par Thursday at the Quicken Loans National.

He tied the TPC Potomac tournament record set by Andrew Landry earlier in the day.

So what’s prompting our philosophical quandary? Spaun played in the group behind Tiger Woods.

Asked after his round if any of the horde around Woods hung back to watch the tournament co-leader, Spaun answered:

“They played so fast, actually like they were a solid hole ahead of us.

“Did he play good? How did he play? … I just saw his pink shirt way in the distance.”

Woods made two birdies and a double for an even-par 70 in his first round with his new TaylorMade Ardmore 3 putter.

Coincidentally, just as Woods was benching his Scotty Cameron, Spaun put his own Newport 2 back in the bag.

“It’s basically a Tiger Woods knockoff. It’s like the same look, same stampings but my name,” Spaun said. “It would be cool to have his name, but nah, I don’t think he’d be happy with that.

“That’s kind of been the putter that I’ve been using since my rookie year out here, so two years. It’s kind of the one that I’ve always had the best finishes with, an Old Faithful kind of deal.” 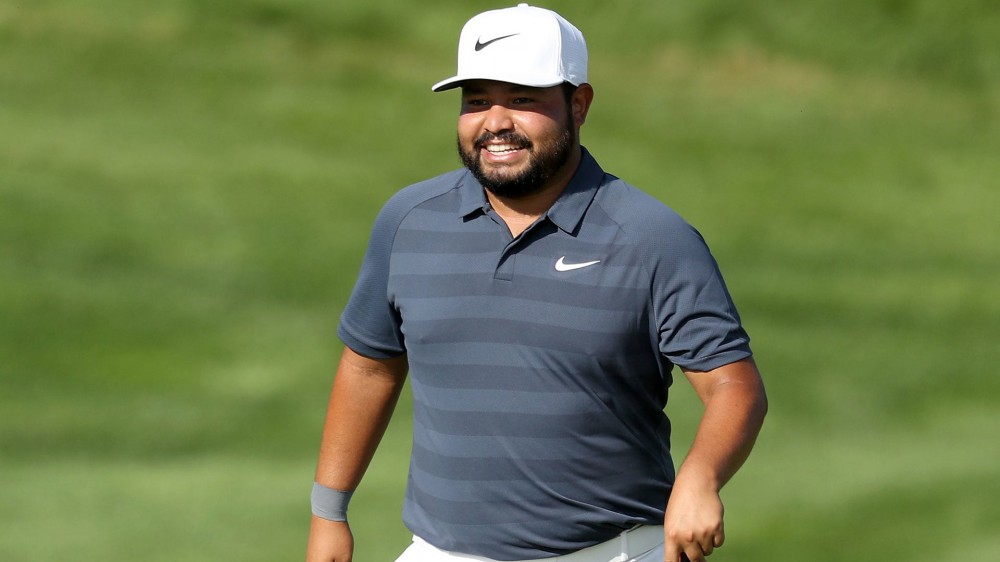