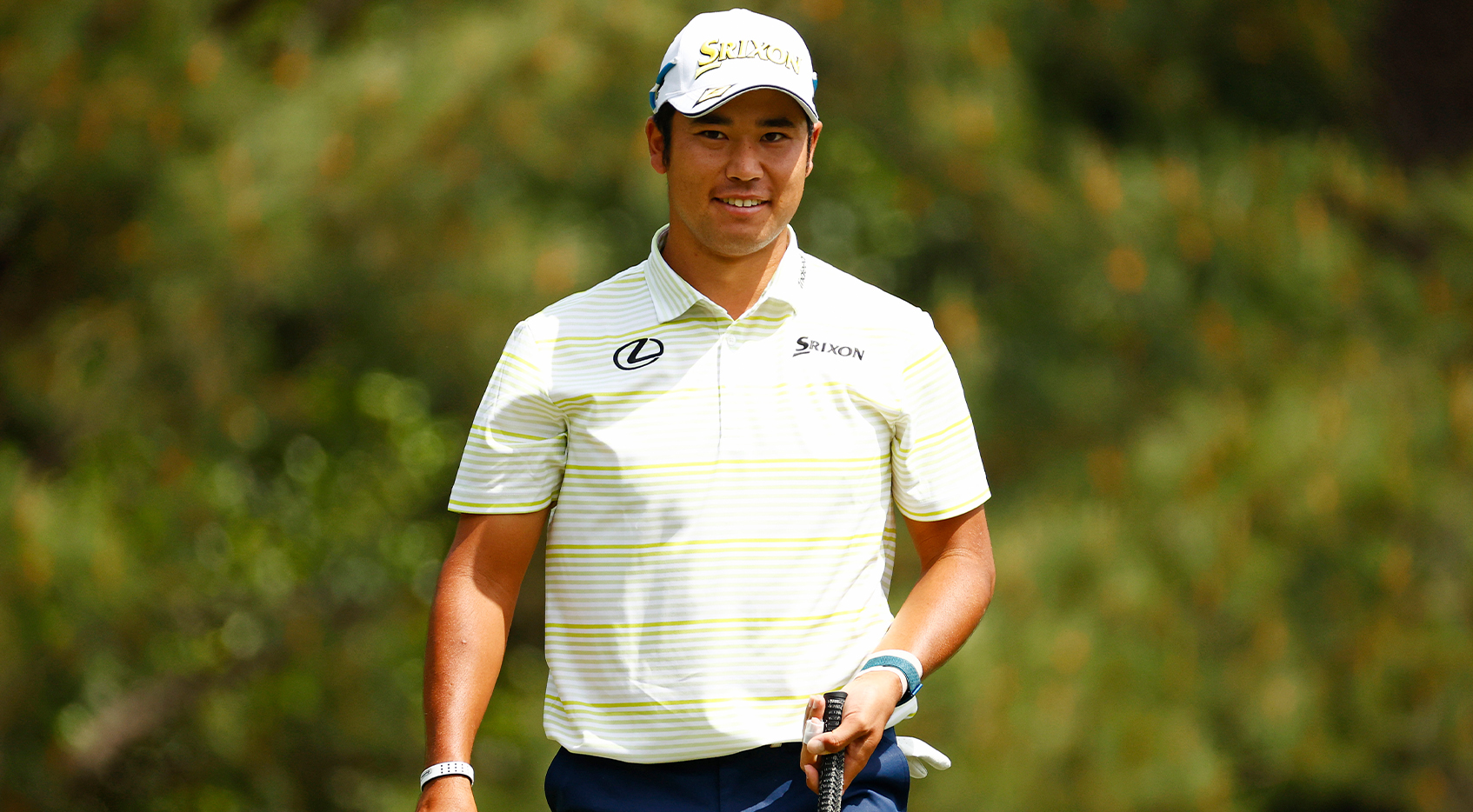 Ten years after Matsuyama made a sterling debut as the best amateur at Augusta National, he claimed the ultimate trophy Sunday with a victory in the Masters Tournament to become the first Japanese winner of a men’s major.

Matsuyama closed with a 1-over 73 and a one-shot victory that was only close at the end, and never seriously in doubt after Xander Schauffele’s late charge ended with a triple bogey on the par-3 16th.

Moments before Dustin Johnson helped him into the green jacket, Matsuyama needed no interpreter in Butler Cabin when he said in English, “I’m really happy.”

So masterful was this performance that Matsuyama stretched his lead to six shots on the back nine until a few moments of drama. With a four-shot lead, he went for the green in two on the par-5 15th and it bounded hard off the back slope and into the pond on the 16th hole.

Matsuyama did well to walk away with bogey, and with Schauffele making a fourth straight birdie, the lead was down to two shots with three to play.

The next swing all but ended it. Schauffele’s tee shot on the par-3 16th bounced off the hill left of the green and dribbled into the pond. His third shot from the drop area went into the gallery. It added to a triple bogey, and his third close call in a major.

Never mind that Matsuyama bogeyed three of his last four holes, the first Masters champion with a final round over par since Trevor Immelman shot 75 in 2008.

All that mattered was that uphill walk to the 18th green, needing only to blast out of the bunker and take two putts for the victory.

And that’s what he did, soaking in the moment with a few thousand spectators on their feat to celebrate a career-changing moment — for the 29-year-old Matsuyama, and he hopes for an entire country.

“Hopefully, I’ll be a pioneer and many other Japanese will follow,” Matsuyama said.

Will Zalatoris, the 24-year-old Masters rookie, holed an 18-foot par putt on the last hole for a 70 and was runner-up. It was the best performance by a first-timer to the Masters since another Dallas kid, Jordan Spieth, was runner-up in 2014 to Bubba Watson.

Spieth had a few fleeting thoughts of coming from six shots behind except for too many missed putts early and missed opportunities late. He bogeyed his last hole for a 70 and tied for third with Schauffele, who shot a 72 with a triple bogey and a double bogey on his card.

Matsuyama finished at 10-under 278 for his 15th victory worldwide, and his sixth on the PGA TOUR.

He becomes the second man from an Asian country to win a major. Y.E. Yang of South Korea won the 2009 PGA Championship at Hazeltine over Tiger Woods.

Returning to the 18th green for the trophy presentation, he again put on the green jacket and raised both arms in triumph. Augusta National allowed limited spectators, believed to be about 8,000 a day, and most might have remembered him from a decade ago.

He won the Asia-Pacific Amateur to earn an invitation to the Masters, and he was low amateur — tied with defending champion Phil Mickelson that year — to earn a trip into famed Butler Cabin. He won in Japan as an amateur, and four times after he graduated college and turned pro. His first PGA TOUR victory was at the Memorial Tournament in 2014, prompting tournament host Jack Nicklaus to say, “I think you’ve just seen the start of what’s going to be truly one of your world’s great players over the next 10 to 15 years.”

Matsuyama is not big on emotion, and he speaks even less even when cornered after every round by the large contingent of Japanese media.

Most of the media was absent this year due to COVID-19 travel restrictions, and Matsuyama had said on the eve of the final round that it has been a lot less stress.

There was plenty on the golf course, right from the start.

Matsuyama sent his opening tee shot into the trees right of the first fairway. He punched it under the trees from the pine straw, hit a soft pitch that rolled down the slope away from the pin and was happy to leave with bogey. Two groups ahead of him, Zalatoris opened with two straight birdies.

Just like that, the lead was down to one.

No one got any closer until the final hour. Matsuyama made birdie from the front bunker on the par-5 second hole. He didn’t make another birdie until the par-5 eighth, and it didn’t matter because no one could put any pressure on him.

Zalatoris misjudged the speed on No. 3 and three-putted for bogey from just off the back of the green. Schauffele was within three of the lead going to the third hole, only to go bogey-bogey-double bogey on the toughest three-hole stretch on the course.

Matsuyama delivered what appeared to be a knockout punch with a nifty up-and-down from right of the green on the eighth for a tap-in birdie, and a lob wedge to the dangerous left pin on the ninth that rolled out to 3 feet. That sent him to the back nine with a five-shot lead.

For the longest time, it looked as though Matsuyama couldn’t wait to get to Butler Cabin and see how he looked in green.

Schauffele, however, rammed in a 20-foot birdie putt from behind the 12th green. He two-putted from 10 feet for birdie on No. 13. He nearly holed out from the fairway for a tap-in birdie on the 14th. And with he nearly holed his greenside bunker shot on the par-5 15th for a fourth straight birdie.

And then all that that worked ended when his ball disappeared below the surface of the pond.

Matsuyama could afford a few bogeys, and all that affected was the final margin. He is the Masters champion, a major that defines his elite status in the game and gives Japan the biggest week it has ever had in April. The week started a week ago Saturday when Tsubasa Kajitani won the second Augusta National Women’s Amateur.

Matsuyama wasn’t around to see it, but he was well aware of it. All he wanted was to follow her path and made Japan proud. His play spoke volumes.