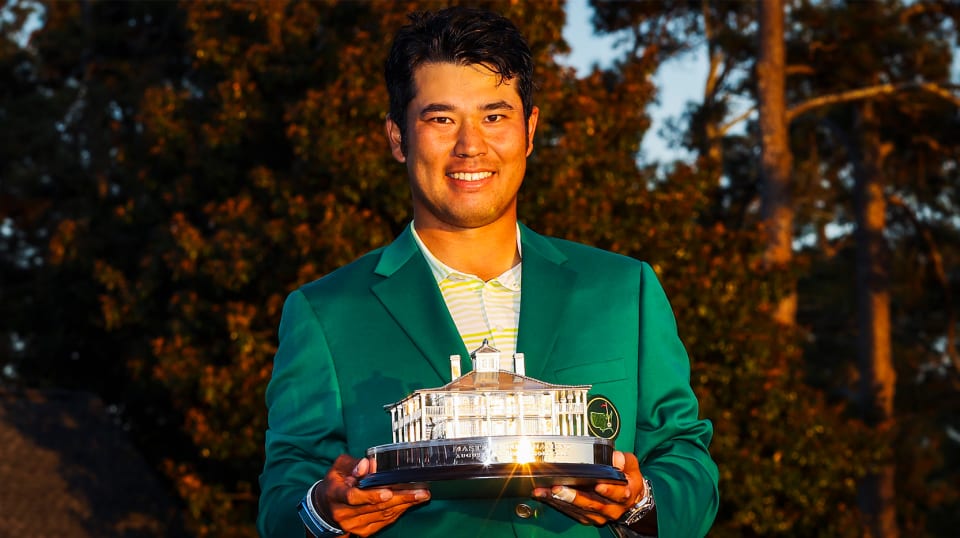 “Hopefully that will set an example for them that it is possible,” Matsuyama said about winning a major, “and that, if they set their mind to it, they can do it, too.”

Adam Scott, who has played with Matsuyama in Japan, described the Japanese galleries as “fanatical.” Scott compared it to the 2008 U.S. Open, when he played alongside Tiger Woods and Phil Mickelson in a pairing of the world’s top three players. When Webb Simpson played in Japan, an entire restaurant was shut down so he and Matsuyama could enjoy dinner.

“He ordered for me,” Simpson said. “That was a little more like kind of the raw sushi, like the stuff was living, and then it was killed and we ate it right away.”

In America, Matsuyama remains a mystery to many, though. When it was revealed that he had a wife and daughter back in Japan, he said that he hadn’t shared that information because, “No one really asked me.” His single-mindedness is immediately apparent, though.

Matsuyama is often one of the last to leave the range. Turner used to translate for stars like Woods and Seve Ballesteros when they played in Japan. When asked what traits Matsuyama shares with those legends, Turner said, “The passion. That’s the common denominator.”

Scott saw it in 2013, when he shepherded Matsuyama, then a Presidents Cup rookie, around Muirfield Village.

“He wasn’t afraid to ask the questions. As timid as some people can be, the desire to do well overshadowed the language barrier.”

The consensus is that Matsuyama knows more English than he lets on. The language barrier serves his purposes, however, by minimizing distractions. While many players hung out in the clubhouse during Saturday’s rain delay, Matsuyama escaped to his car and played games on his phone for an hour.

“It’s easy for him to kind of put the blinkers on and really not get distracted by much noise,” Scott said.

He played flawlessly when the round resumed, playing the final eight holes in 6 under par to separate himself from the field. It was a surgical display of Matsuyama’s best skill, his iron play.

He is the only player to finish in the top 10 of Strokes Gained: Approach-the-Green in each of the previous seven seasons.