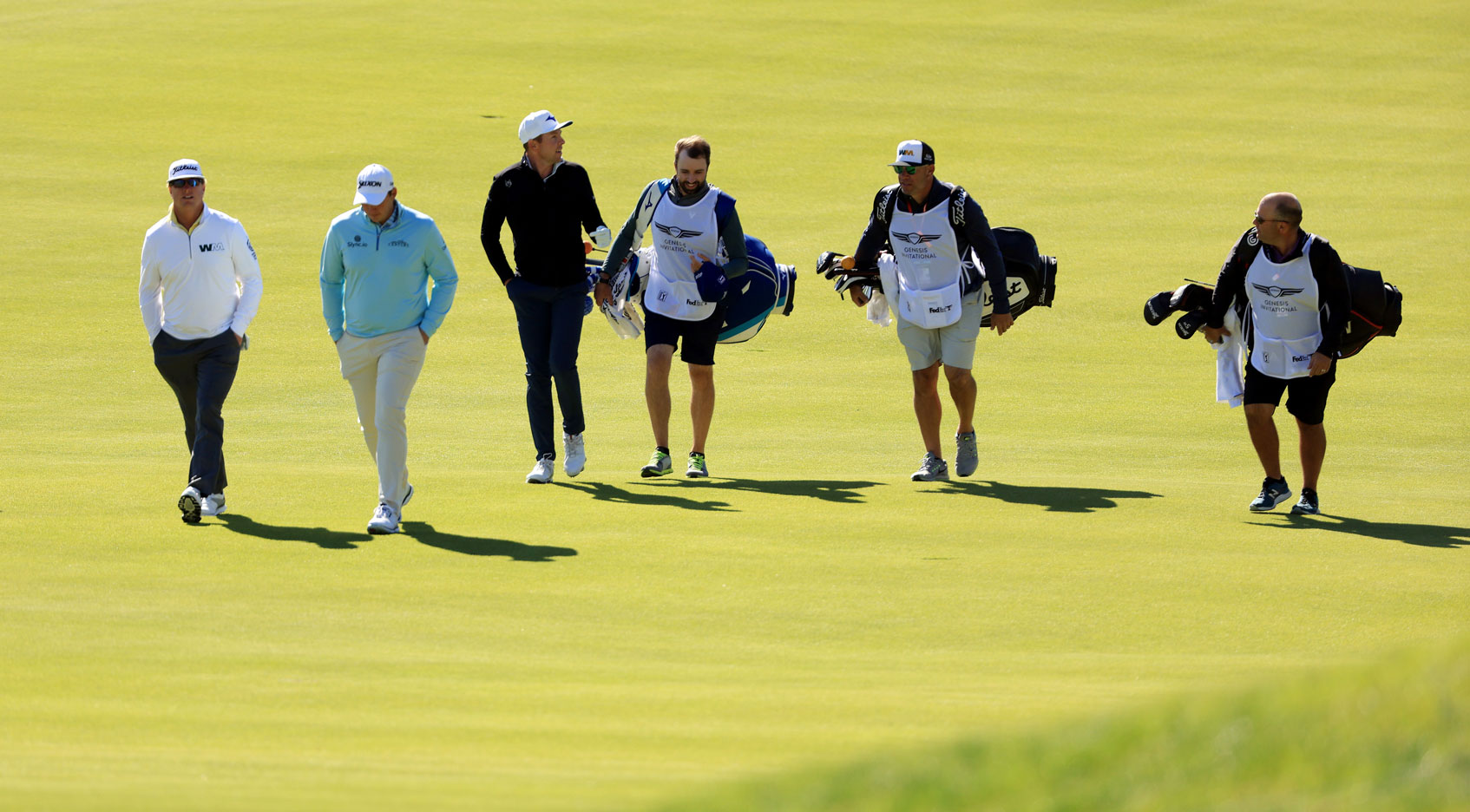 LOS ANGELES – Officials were forced to suspend play early in the third round of The Genesis Invitational after high winds saw marked balls rolling off most of the greens Saturday morning.

The last time play was suspended for high winds on the PGA TOUR was the 2015 Open Championship at St Andrews. The last non-major stoppage for wind was the 2014 AT&T Pebble Beach Pro-Am.

All but the final group of Sam Burns, Tyler McCumber and Jason Kokrak had begun their Saturday before a decision was reached to halt proceedings as gusts hit near 30mph – an untenable situation given the hard and fast nature of Riviera Country Club’s greens.

“Absolutely the right thing to do here, these greens pretty much are unplayable right now with this kind of wind,” International Presidents Cup captain Trevor Immelman reported on Golf Channel.

Officials expect the next announcement on the possibility of a resumption to come at 11:30 a.m. local time. In the meantime, the agronomy staff are watering the putting surfaces trying to stimulate a little growth to slow them down a fraction.

Burns remains the leader after his record 12-under 130 over the first two rounds gave him a five-shot overnight buffer. However moments before the suspension, Max Homa pulled within four thanks to a near albatross on the par-5 1st hole.