After withdrawing from last week’s Arnold Palmer Invitational with a neck strain, Tiger Woods was back in action Thursday, firing an opening-round, 2-under 70 at The Players Championship. Woods was paired with reigning Players champion Webb Simpson and reigning Masters champion Patrick Reed.

The trio started on No. 1 and Woods carded two straight pars, before dropping a shot on the par-3 third hole. The two-time Players champion followed that with three consecutive pars before getting that dropped shot back on the par-4 seventh.

Woods made par at Nos. 8 and 9 to make the turn at even par.

It was a bit of a mixed bag for Woods on the back, but started out on a high note. After a little pep talk from his caddie Joe LaCava, Woods knocked one down to 15 feet.

Now in red numbers for the first time today, Woods headed to the par-5 11th. But a dropped shot there put him back at even par. Woods drove the green on the par-4 12th hole and two-putted for birdie to move him back to 1 under on the day. On the par-3 13th, Woods found the green, but faced a long 27-foot putt for birdie.

A dropped shot at the par-4 14th and a par on No. 15 and Woods headed to the closing three holes at 1 under. Woods found the center of the fairway with his drive on the par-5 16th, and looked like vintage Tiger on his approach shot.

Woods two-putted for his fourth birdie on the back nine, and made the walk to No. 17 tee where the island green awaited the 14-time major champion. With a silence in the air, and eyes glued to Woods, he took aim on an aggressive shot.

Up to 3 under on the day, Woods headed to the daunting closing hole at TPC Sawgrass with the wind at his back. He ripped a drive down the right side of the fairway. His approach landed on the green but trickled off the back. Woods chipped on to 4 feet, but missed the par putt coming back.

Woods finished with a 2-under 70 and finds himself five shots back from the leaders Tommy Fleetwood and Keegan Bradley. Woods will go off Friday morning at 8:32 ET off No. 10 at The Players Championship. 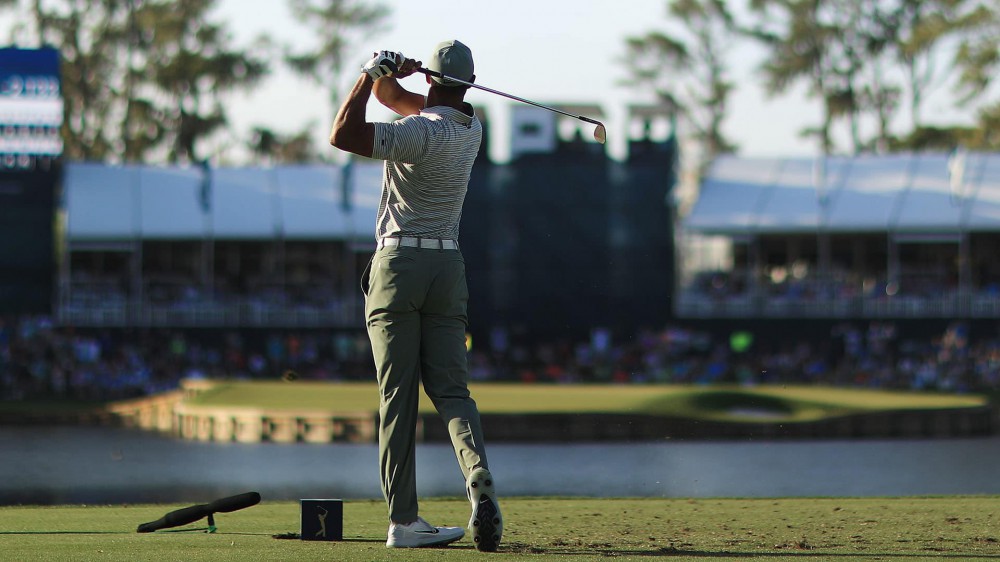