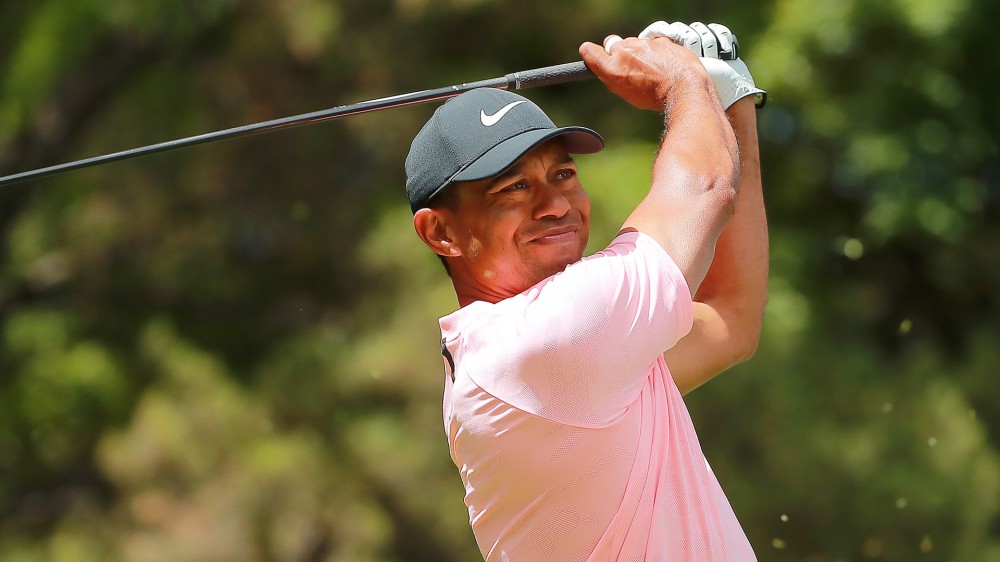 Tiger Woods started Round 2 on No. 10 at Club de Golf Chapultepec after a lackluster Round 1 that added up to even par at the WGC-Mexico Championship.

Tiger’s first birdie of the day came on his third hole at No. 12. He hit a smooth iron shot to about 15 feet and rolled the putt in, in perfect Tiger fashion. That was one.

The approach before his second birdie on No. 14 hit in front of the green and funneled down nicely to about 12 feet from the hole. That putt would make two birdies for the day.

On the next hole, he hit it out of the bunker to just a couple of feet, where he’d tap in for his third birdie of the round to get him to 3 under. This one, he even early-walked into the hole. *gasp*

Tiger’s fourth birdie on his front nine alone came on No. 18, where he was trying to bounce back from a bogey at the 17th. Would he do it? Well, of course. And yet again, Tiger took a step towards the hole before the ball even dropped. Oh, the confidence.

Worth nothing: Tiger did make par on his 11th hole of the day, No. 1, where he made double after hitting his first shot of the tournament OB in Round 1.

His fifth birdie of the day would come at the par-3 3rd, where he jarred a lengthy putt for par after leaving his tee shot just off the fringe.

Then, Tiger gave his ball to a *very* deserving fan. Rawr.

For his sixth birdie of the day, and to get himself inside the Top 10 at the WGC-Mexico Championship, Tiger hit a hold-off cut around a tree that spun back to about 15 feet and sunk the putt.

And then, on his 18th hole of the day Tiger found himself in the fairway bunker, with not much to work with… or so we thought.

After going back and forth between clubs and looking at a few trees in between his ball and the hole, Tiger grabbed a wedge, and rope-sliced a wedge (is that a thing?) to the green. His ball hit the left edge of the green and spun straight right to 11 feet. Even though he missed the putt and made par, wow, what a hole and what a round.

Tiger shot 5-under 66 and is T-8 after Round 2 at the WGC-Mexico Championship.