LAS VEGAS – With his T-18 finish Sunday at the Shriners Hospitals for Children Open, Charley Hoffman will donate $98,600 to victims of the Oct. 1 mass shooting on the Las Vegas Strip.

Hoffman, a UNLV Rebel and long-time Las Vegas resident, announced at the beginning of the week that the entirety of his Shriners earnings will go to the Direct Impact Fund, via PGA Tour Charities.

When he exited the scoring trailer before the end of the tournament, he guessed he was going to be able to give back something like $100,000. He wasn’t far off.

“You know what? I’m lucky that the Shriners Hospital and the PGA Tour gave me the opportunity to donate and help people here in Las Vegas,” he said. “I called Las Vegas home for 20 years. I went to college here.

“With the stories I’ve heard this week, there are a lot of people hurting in this city. I just hope to be able to give back hopefully a good check and hopefully do some good.”

In addition to his donation, Hoffman will be auctioning off the custom Las Vegas-styled spikes he has been wearing this week around TPC Summerlin.

In addition to donating his earnings from this week to Vegas shooting survivors, Charley Hoffman is auctioning off these custom spikes. pic.twitter.com/tVjAXpSD5K

The #VegasStrong auction, which can be found here, will close on Monday at Noon PT, with the proceeds going to the Las Vegas Victims’ Fund. 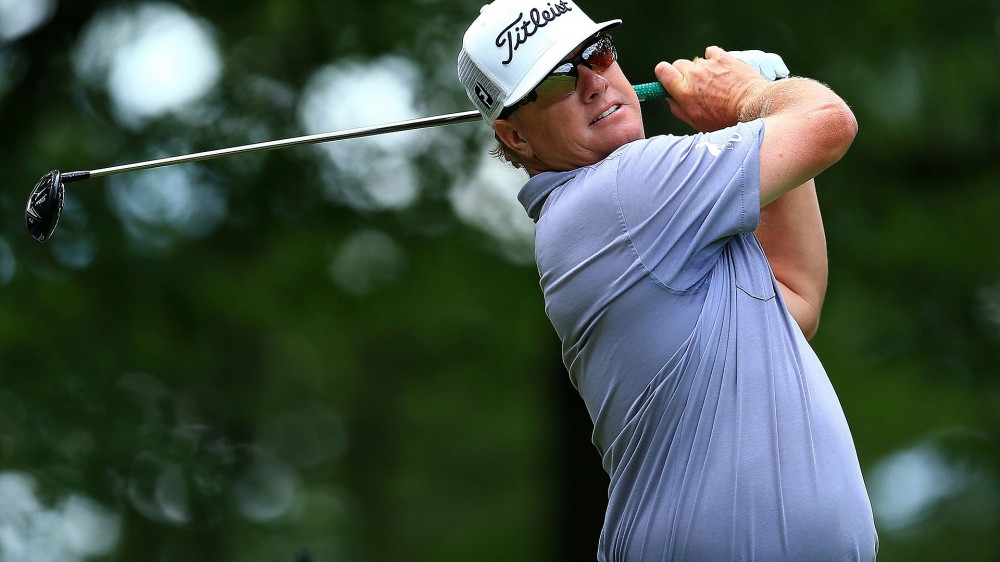