Charley Hoffman navigated the whipping winds at Albany to shoot 2-under 70 and stake himself to a five-shot lead at the Hero World Challenge. Here’s where things stand through 54 holes in the Bahamas, where tournament host Tiger Woods finally showed his rust Saturday.

What it means: A scorecard-circling machine, Hoffman led the PGA Tour in total birdies last season, racking up five top-five finishes in stroke-play events, including two seconds and two thirds. He now looks to cash in on all those close calls and to round out 2017 with his first win since the 2016 Valero Texas Open. He’ll be pursued on Sunday by an Albany resident who has won twice in the last five weeks, Rose, and the 2014 winner of this event, the champion golfer of the year, Spieth.

Round of the day: Hoffman poured in six more birdies, including three over his last five holes, to extend his lead. He would be ahead even more were it not for two bogeys and a double.

Best of the rest: Daniel Berger matched Hoffman’s 70. Rose, Molinari and Patrick Reed were the other players to break par at 1 under.

Biggest disappointment: Tiger Woods looked decidedly less back on Saturday than he did on Thursday and Friday. Amid blustery conditions, he went out in a front-nine 40 and found himself 5 over on his day through 10 holes. Woods did recover to play the rest of the way in a bogey-free 2 under, making the two birdies of his round at Nos. 14 and 17 to sign for 3-over 75. He’ll start Sunday 10 back in his first competitive start post-fusion surgery.

Shot of the day: This dunk from the bunker by Kevin Kisner at 17:

Bummer of the day: To Fleetwood, who found this “moon-like crater” at 14:

Quote of the day: “Anything I did right ended up in a bad spot and anything I did wrong was really bad. Just one of those days.” – Woods 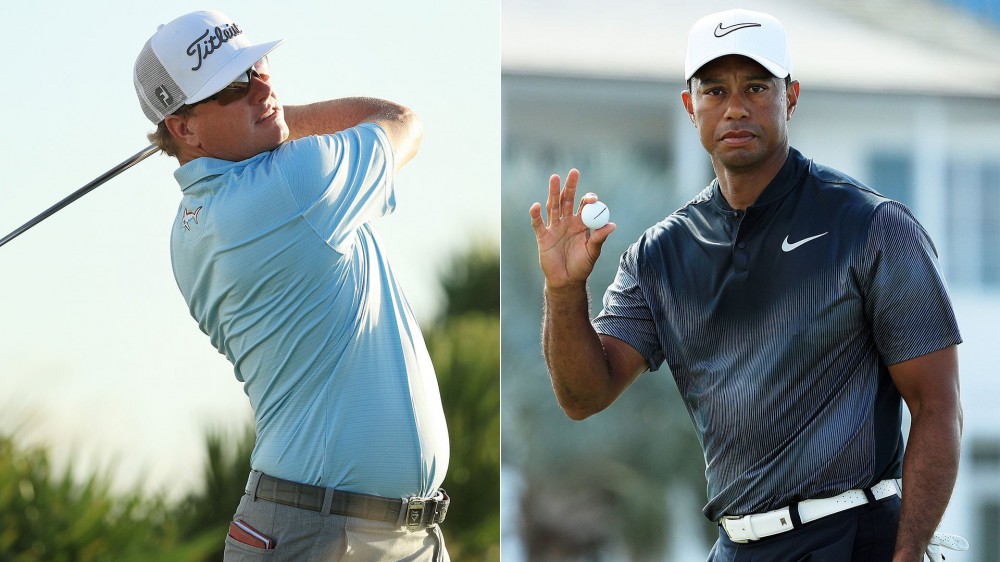