LOS ANGELES – J.B. Holmes was already having a good round before he stepped to the sixth tee at Riviera Country Club, where he soon had even more reason to smile.

Holmes was among the group of players who didn’t begin the Genesis Open until Friday morning, but on a course where Dustin Johnson and Bubba Watson have won four of the last five years, the long-hitting Holmes quickly moved to the top of the standings. Already 5 under for his round after starting on the back nine, he watched his tee shot on No. 6 land behind the hole and zip back for a hole-in-one that gave him a share of the lead.

Holmes added another birdie after that and signed for an 8-under 63, which tied the tournament’s opening-round scoring record and gave him a one-shot lead over Jordan Spieth.

“It was awesome to see that,” Holmes said of the ace. “Hit it exactly how I wanted it and it went in. That isn’t always the case for holes-in-one usually, but it looked good the whole time.”

Holmes has missed the cut in two of his three starts this year, but his Riviera record includes a run of five straight finishes of T-12 or better from 2008-12. He’s in position for another similar result after one round as he looks to win for the first time since the 2015 Houston Open.

Of course, it helps when some of the tee shots go in. 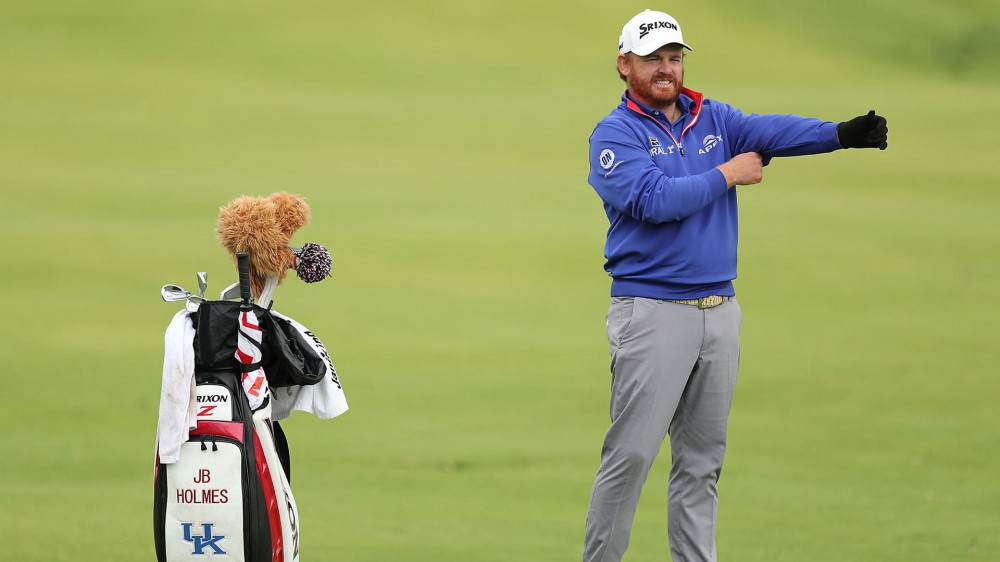