Max Homa’s breakthrough victory at the Wells Fargo Championship earned him spots in several upcoming events, and it also took him to the cusp of the top 100 in the Official World Golf Ranking.

Homa was outside the top 1000 as recently as September, and he teed off at Quail Hollow ranked 417th in the world. But after holding off Joel Dahmen by three shots to win his first PGA Tour victory, Homa jumped all the way to No. 102 in the latest rankings. 
Once at rock bottom, Homa emphatically trades shovel for trophy

Max Homa was at rock bottom just two years ago, but he dug himself back out and is now a PGA Tour champ after winning the Wells Fargo Championship.

Dahmen’s second career runner-up finish helped him move up 45 spots to No. 80, earning him a spot in next week’s PGA Championship in the process. Paul Casey went from 13th to 12th with his T-4 finish in Charlotte, while the same result helped Sergio Garcia rise from 29th to 26th. Mikko Korhonen, who won the European Tour’s Volvo China Open, went from 121st to 84th. 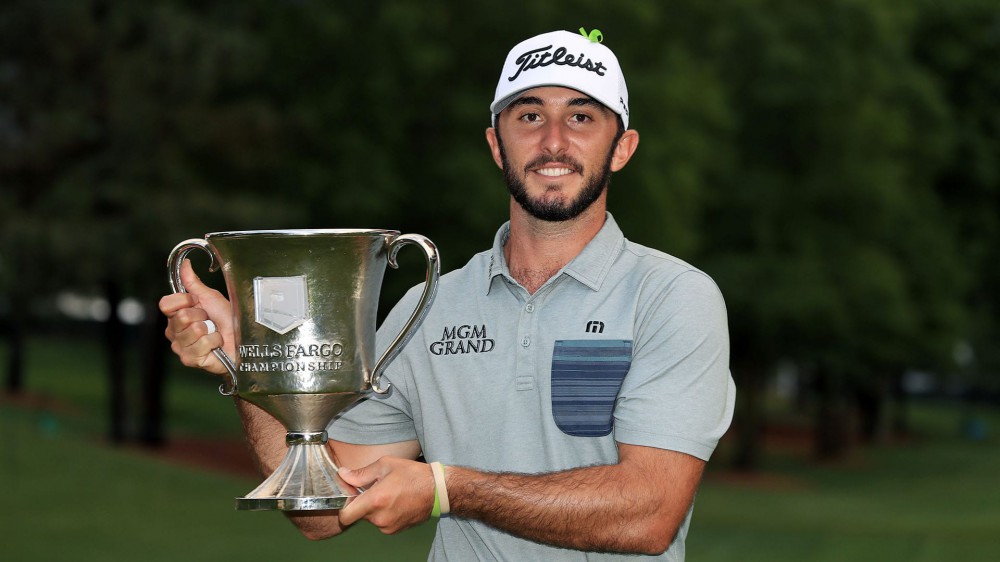 Players look like they're passing on rest to play WGC-Mexico