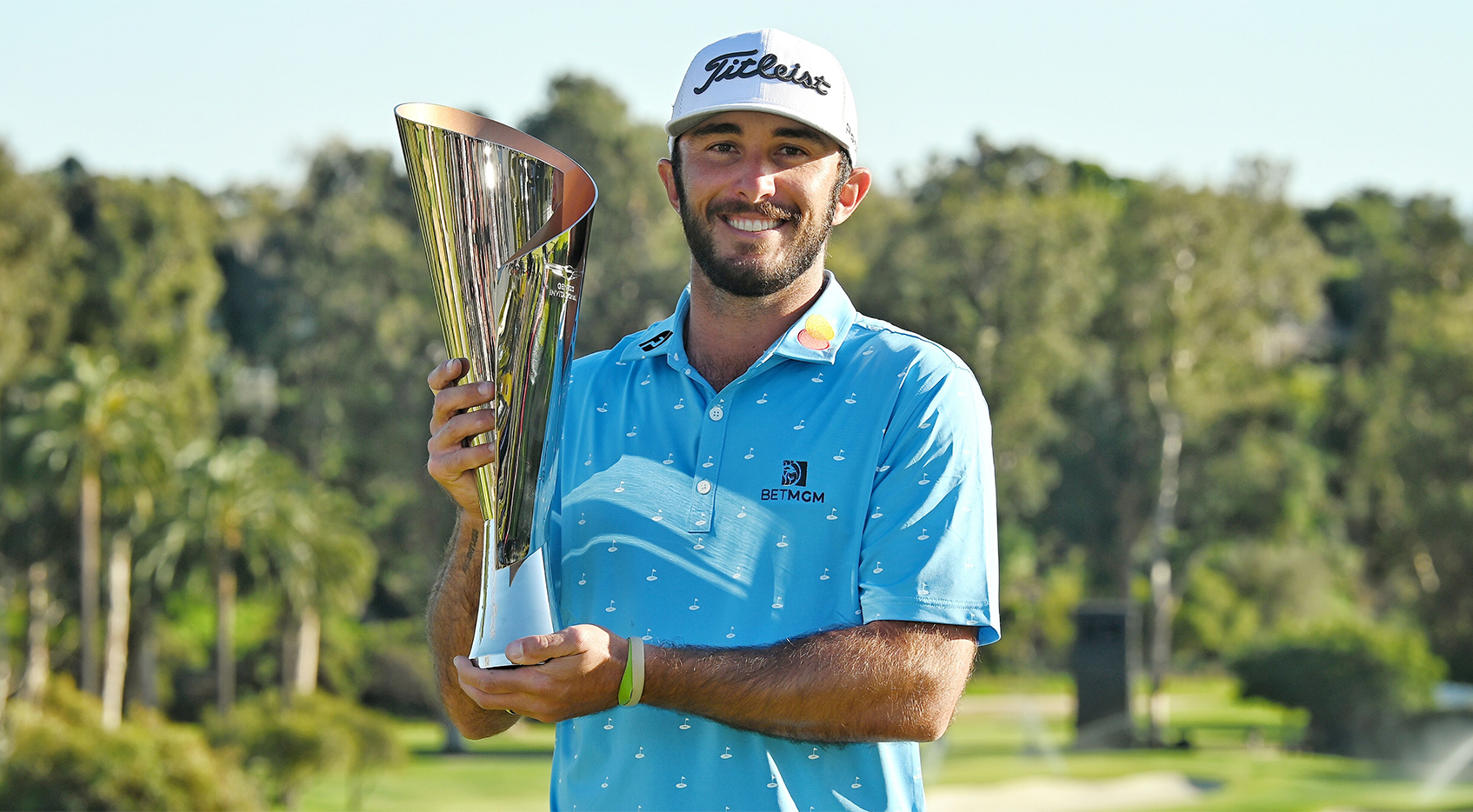 “Obviously wasn’t a very good putt. It broke a little more than I would have liked it to for a three-footer. I just was a little nervous, honestly. This tournament means a lot to me,” Homa said after that seemingly simple putt lipped out and sent him to extra holes.

It was the sort of sliding doors moment you see in sports. And with Finau trying to change his own narrative of being so close but yet so far from victory over the last five seasons one had the feeling it could be the death knell for the local prospect. Maybe it was Finau’s time after all.

Not if Homa’s wife Lacey had anything to do with it.

Lacey has a habit of sending her husband off with her own nuggets of wisdom. Sage advice she hopes – at the very least – will take his mind off the stressful moments of tournament play. On Sunday she’d sent him out with “forgive quickly.”

“She would give some really dumb advice every day before I play, they were very random. Sometimes they’re somewhat wise, but they’re just out of left field, whatever she could think of, so it was kind of ironic that that’s the one she came up with,” Homa recounted.

“She called me after (the missed putt), told me to remember to forgive quickly and it was kind of perfect because I played a pretty perfect round of golf, very flawless, so what was there to be too mad about? I was about to be in a playoff at the place I first fell in love with golf.”

That resolve was further tested shortly after when his tee shot on the par-4 10th opening playoff hole rolled up against a tree. He could have moaned about it. He could have felt like it wasn’t meant to be. But instead he produced an incredible recovery shot to the green that would ultimately help extend the playoff.

“Sometimes when you get your creative brain working, you see it. I felt pretty good about putting it on the front right of the green. Just sometimes you have to trust your instincts and that’s kind of the fun of golf. It’s not always fairways and greens, you’ve got to be an artist at times and fortunately I did it when I needed to.”

Homa’s miracles on the infamous 10th were already being talked about. During Saturday’s wild winds he hit what his fellow pros were calling one of the greatest shots ever hit on that hole when he was able to stop the ball under the hole, on the green, from the bunker on the front right. He would convert the birdie – obviously very important in the final wash up.

After that escape a par on the second playoff hole was enough to secure the now 30-year-old his dream. He also moved to 10th spot in the FedExCup and secured a berth in the World Golf Championships – Workday Championships at The Concession next week – not to mention a three-year exemption on TOUR for winning the elevated status event.

“I don’t know if I could ever do anything cooler in golf than this,” Homa beamed. “Just for me, for my caddie Joe, we were raised 25 miles north of here. Tiger Woods is handing us a trophy, that’s a pretty crazy thought. We grew up idolizing him, idolizing Riviera Country Club, idolizing the golf tournament. To get it done, it’s almost shocking, but it feels like it just can’t be topped.”