PALM BEACH GARDENS, Fla. – Wyndham Clark might not yet be a household name on the PGA Tour, but he could change that Sunday at PGA National.

The University of Oregon grad has experience being in contention late in tournaments since turning pro after the 2017 NCAA Championship, but that experience has solely come on the Web.com Tour. Before last week’s T-10 finish at the Puerto Rico Open, Clark hadn’t entered the final round of a Tour event within seven shots of the lead.

However, Clark will take a one-shot advantage into Sunday’s finish of the Honda Classic.

“For me, it’s just fun being in contention,” said Clark, who shot 3-under 67 Saturday to move to 7 under, one shot clear of Vijay Singh. “I love the moment. I love playing in front of fans and I love to win. So I want to be there on Sundays, and the fact that I am is great, and looking forward it’s just going to help me build momentum.”

Clark has carried momentum over on the greens from Puerto Rico, where he gained more confidence with the putter. He ranks second in the Honda field in strokes gained: putting and made more than 124 feet of putts in the third round. He leads the field with 16 birdies through 54 holes.

Faced with the challenge of doing something he’s never done at this level, Clark isn’t going to reinvent the wheel as he chases his first professional victory. Instead, he’ll do what he’s done every night this week: Play cards with his caddie.

“Being out here more, I’ve gotten more comfortable,” Clark said. “It’s just a matter of time until I feel like I can play through, and I’ll have a chance tomorrow.” 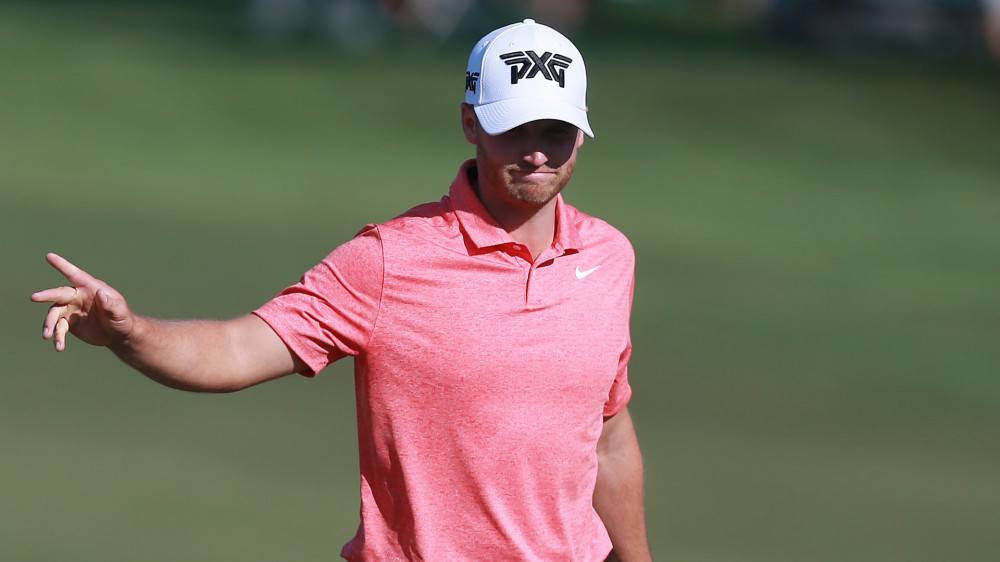