Horschel stumbles late but still in contention at Farmers

SAN DIEGO – Billy Horschel was on cruise control on Friday at the Farmers Insurance Open – 6 under through 10 holes on the day; five birdies on his opening nine, including four straight beginning on the fourth hole; just a shot off the lead.

“When the swing’s a little bit off and you get out there on the back side with a couple of those tough tee shots, I just couldn’t trust what I needed to do and felt a little bit lost with the swing,” said Horschel, who closed with a 68 on the South Course and is five shots back entering Saturday’s third round. “It’s something we’re just going to work on here afterwards and hopefully find something for this weekend.”

Despite his loose finish, Horschel remains in a tie for third and will be in Saturday’s penultimate pairing.

It just wasn’t substandard ballstriking that Horschel had to deal with on Day 2. On the par-4 seventh hole from an awkward lie left of the fairway, Horschel’s knee dug into the rough and caused a moment of concern.

“When I swung through, my left foot just usually spins out. (His knee) didn’t pop or anything, it just was a little weird feeling and it felt funny for a little while. I felt it again on No. 12,” he said. “It’s fine, there’s no pain. It doesn’t hurt the swing, it just got struck.” 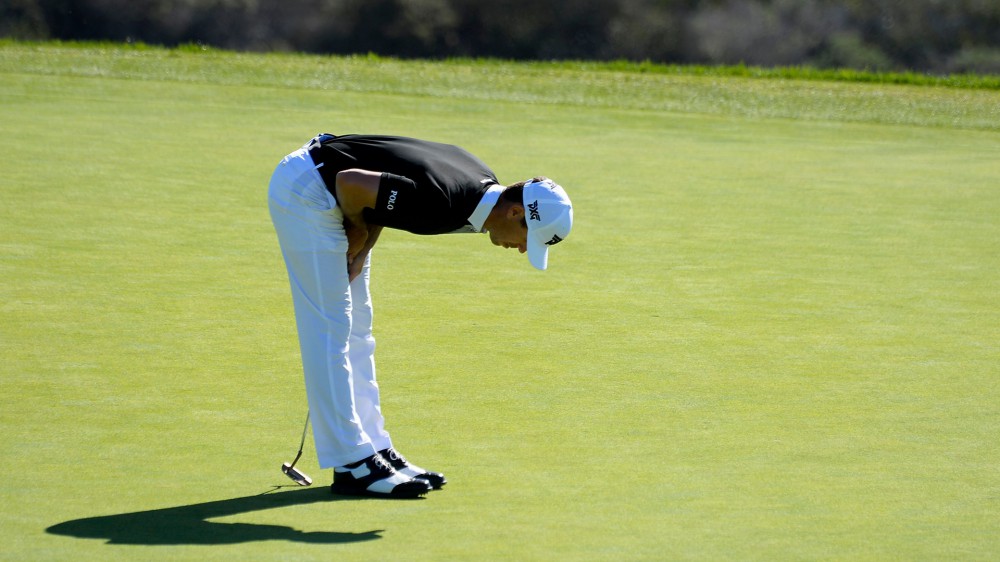