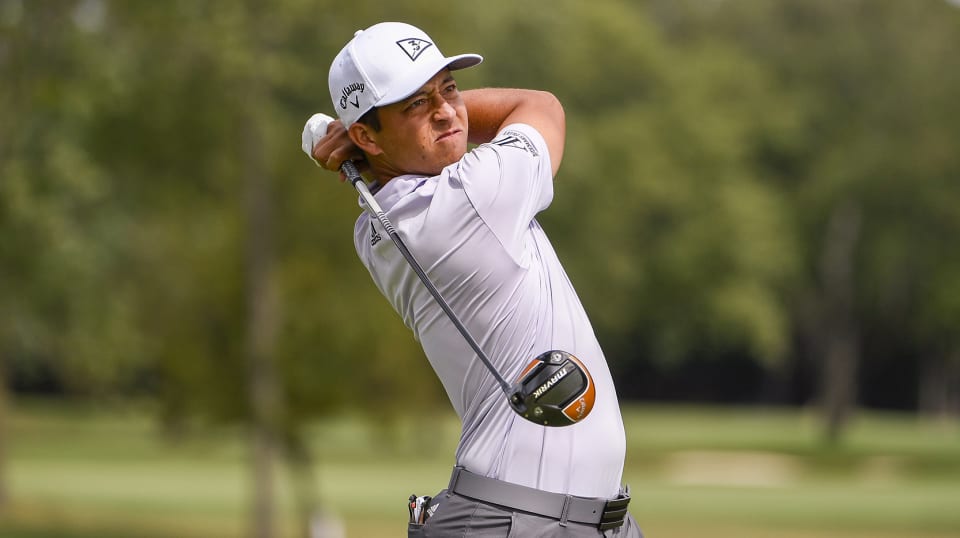 Time for the final delivery in the FedExCup Playoffs as the top 30 players tee it up this week at East Lake Golf Club outside Atlanta.

Bobby Jones’ East Lake Golf Club has been the only host to the FedExCup finale since it was introduced in 2007. Stretching to 7,346 (Par-70) this Tom Bendelow-Donald Ross-Rees Jones will reward those who find the Zoysia fairways and won’t have to judge fliers out of the nest-like Bermuda rough. No crowds this year also means no trampling of the rough so crooked shots could be penalized even more as they dive into the Bermuda. Once on the mini-verde Ultra dwarf Bermuda greens, keeping the ball below the hole is the only way to score. Putts above the hole will test the nerves as Bermuda will push 13 feet on the Stimpmeter. The 6,000-square foot complexes will give plenty of room to bail out but the more accurate iron players will be able to attack. First time on Bermuda since Wyndham as well!

The way to the pot of gold at the end of the rainbow this week will require solid ball-striking tee-to-green and grinding out pars. Henrik Stenson’s tournament record of 13-under was matched last year by Rory McIlroy extending the streak of winners to four who were double digits under par. You’ll have to do your own math on the scoreboard as the field will be assigned a score based on their final ranking before the event starts.

It’s pretty simple to follow: lowest score wins! A five-year exemption on TOUR will also accompany the bonus money so there’s plenty to fight for over 72 holes starting Friday and ending on Labor Day Monday. Of the 30 players, 21 return to East Lake while almost a third of the field is first time participants.

2019: Rory McIlroy (-18)
Began the event on 5-under in fifth place. … Posted 13-under over four rounds to win by four. … Sat two back after 54 holes. … Led the field in Strokes-Gained: Off-the-Tee, Tee-to-Green, Par-5 scoring, Driving Distance and was T1 in Bogey Avoidance. … Only player to post four rounds in the 60s. … Joins Tiger Woods as only multiple FedExCup winner. … Will look to become the first to win three. … No player has defended the FedExCup. … No player has defended a FedExCup event.

Notables Playing This Week: 2017 tournament champion Xander Schauffele led by one after 54 holes before cashing second. … Schauffele’s 64 to open was the low round of the week. … 2017 FedExCup Champion Justin Thomas (T3) led the field in Strokes-Gained: Around the Green and was second in Strokes Gained: Off the Tee. … Tony Finau (T7) posted his second top 10 in three years. … Kevin Kisner (T9) and Hideki Matsuyama (T9) collected second consecutive top 10s while Patrick Reed (T9) posted a career-best payday. … Only seven players made LESS than 10 bogeys.

2018: Tiger Woods (-11)
Went wire-to-wire to win for the second time but the FedExCup trophy went to Justin Rose (T4) on total points. This is why the system finally changed last year! … Only winner in the last four years NOT to lead Strokes-Gained: Off the Tee (6th). … Only winner in four not to finish in the top 2 of Strokes-Gained: Tee to Green (7th). … Led the field in Bogey Avoidance, Scrambling and Putting: Birdie or Better Percentage.

Notables Playing This Week: 2014 FedExCup champion Billy Horschel (2nd) picked up his third top 10 in three starts. … Dustin Johnson (3rd) cashed his best finish and fifth top 10 in nine trips. … Hideki Matsuyama and Webb Simpson shared fourth. … McIlroy, Schauffele and Thomas rounded off the top 10 at T7. … 65 was the lowest round of the week.

2017: Xander Schauffele (-12)
Rookie debutant posted all four rounds in the 60s to win by two. … Justin Thomas, who finished second, won the FedExCup Playoffs. … Led the field in Strokes Gained: Off the Tee and was second Tee to Green. … Third in Ball-Striking. … Won Greenbrier earlier that year.

Top golfers in each statistic on the 2019-2020 PGA TOUR are listed only if they are scheduled to compete this week.
* – Previous FedExCup event winner

Dustin Johnson (10): Only one podium finish but has cashed half of his trips inside the top 10.

Rory McIlroy (6): Twice a winner and five times in the top 10 ends any speculation.

Patrick Reed (6): T9 suggests he might have finally figured it out.