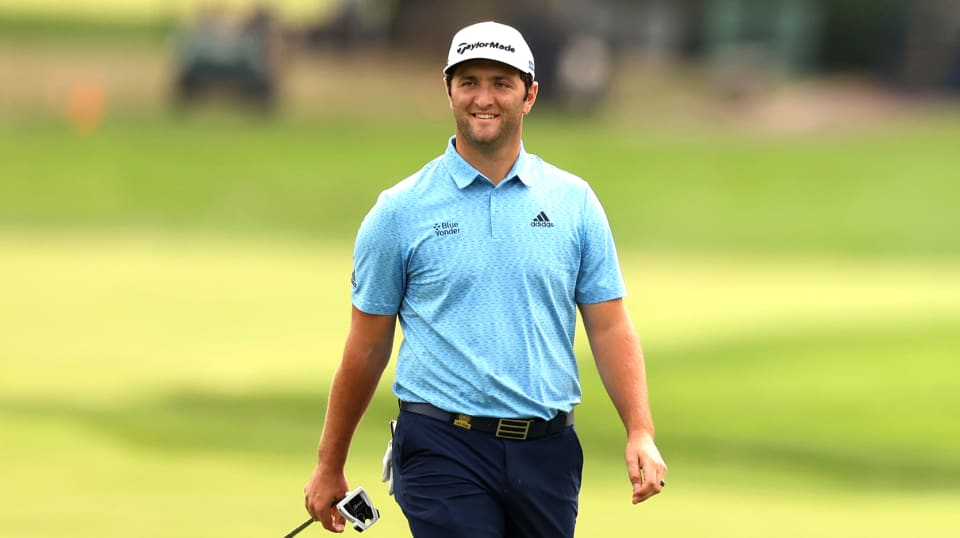 The first West Coast Swing of the 2020-21 season wraps up this week at Sherwood Country Club in Thousand Oaks, California, after two weeks of rolling the bones in Las Vegas. For the second week running, an event that was scheduled to be played in the Far East has been shifted to the continental United States due to travel concerns caused by COVID-19. The ZOZO CHAMPIONSHIP @ SHERWOOD will return to Accordia Golf Narashino CC next season for its third edition.

The inaugural ZOZO CHAMPIONSHIP made history as Tiger Woods picked up the trophy for the 82nd time, tying Sam Snead for the most wins in TOUR history. He’s back this week to defend his title on a course where he’s won five times and been runner-up five more. A field of 78 will attack the 7,073 par 72 Jack Nicklaus design and won’t have to worry about a cut. On the line is prize pool of $8 million with the winner taking home $1.440 plus 500 FedExCup points.

Sherwood Country Club received a face lift in 2016 as Jack Nicklaus added 1,200 Oak Trees and improved the irrigation system. The facelift in 2016 sand-capped all of the fairways and greens for better drainage but more importantly all the Bermuda was scrapped for Bentgrass minus the ryegrass rough.

The large Bentgrass greens will average 7,200 square feet on average and roll almost to 13 feet on the Stimpmeter. There are 51 bunkers to avoid plus water in play on eight holes. As usual there is plenty of room but big misses equal big penalties when Jack is in charge. Three inches of ryegrass borders the generous fairways and surrounds the greens.

With any Nicklaus design, finding the fairway is the first step and navigating the greens is the second. With FIVE Par-5 holes, including three on the back nine, it’s hardly a surprise why Woods dominated here in his hay day. His track record on Nicklaus courses is quite something!

The Champions TOUR has played the INVESCO QQQ Championship on this track for the last four years. From 2000 thru 2013 Tiger Woods staged his Hero World Challenge at Sherwood so we can also find clues from those events.

2012: Graeme McDowell (not entered) – 17-under included the low round of the week (66). … Defeated Keegan Bradley (not entered) by three shots. … Zach Johnson was last and the only player over-par (+5). … Woods and Rickie Fowler shared fourth eight shots adrift. … Webb Simpson (7th) was two further behind. … Bubba Watson (T9) and Jason Day (T15) are entered again this year.

2011: Tiger Woods – 10-under and the only player to reach double digits as he held off Johnson by a shot. … Paul Casey was third four shots further back.

2010: Graeme McDowell – Made up four shots on Woods in the final round to reach 16-under and force a playoff that he won. McDowell was runner-up to Jim Furyk the year before.

The last four events are interesting for gamers. Johnson and McDowell aren’t exactly known for smashing it tee-to-green and inhaling par-5 holes. They specialize in accuracy off the tee, excellent wedge games and even better putting. I’ll also point out the fields in the Hero World Challenges were around 18 people annually but it’s interesting to see who hit the podium in the final days of the event at Sherwood.

The winning score on Bermuda ranged from 22-under to 10-under depending on the weather in late November/early December.

The reduced field is still in play this week with 78 but it’s hardly the time of year for a hit and giggle. This event used to wrap up play before the Christmas Holiday but now will be a final tune-up for some heading to Augusta for the first-ever November Masters. Circumstances are just a bit different this time around and this season!

Top golfers in each statistic on the 2019-2020 PGA TOUR are listed only if they are scheduled to compete this week. Players in BOLD below deserve deeper inspection.