The Hogan Award is given annually to the top men’s college golfer taking into account all collegiate and amateur competitions over the past 12 months. The selection committee is made up of 30 leaders and experts in amateur, college and professional golf.

The winner will be announced during a black-tie dinner on May 20 at Colonial Country Club. This year’s recipient will receive a PGA Tour exemption into that week’s Charles Schwab Invitational.

Hovland and Wolff are just the third set of teammates to be named finalists in the same year while Morikawa is a finalists for the second straight year. All three players are ranked in the top 5 in all four rankings systems – World Amateur Golf Ranking, Scratch Players Ranking, Golfstat Rankings and Golfweek/Sagarin College Rankings.

Hovland is ranked No. 1 in all but Golfstat. He won the 2018 U.S. Amateur and was recently low amateur at the Masters, where he tied for 32nd. He’s won three times this season with Oklahoma State (East Lake Cup, Royal Oaks Intercollegiate and The Prestige) and last summer he was runner-up at the European Amateur.

Wolff, ranked third in the WAGR, has won five times this season (Carmel Cup, Olympia Fields/Fighting Illini Invitational, Royal Oaks Intercollegiate, Amer Ari Invitational and Valspar Collegiate), though his amateur resume is not as strong as Hovland’s. Wolff tied for 50th at the Phoenix Open and was fourth at the Australian Master of the Amateurs.

Morikawa, ranked fourth in the WAGR, hasn’t finished worse than seventh this season and has won twice, including most recently at the Pac-12 Championship. He also notched top 10s at the Pacific Coast Amateur, Sunnehanna Amateur and World Amateur Team Championships. 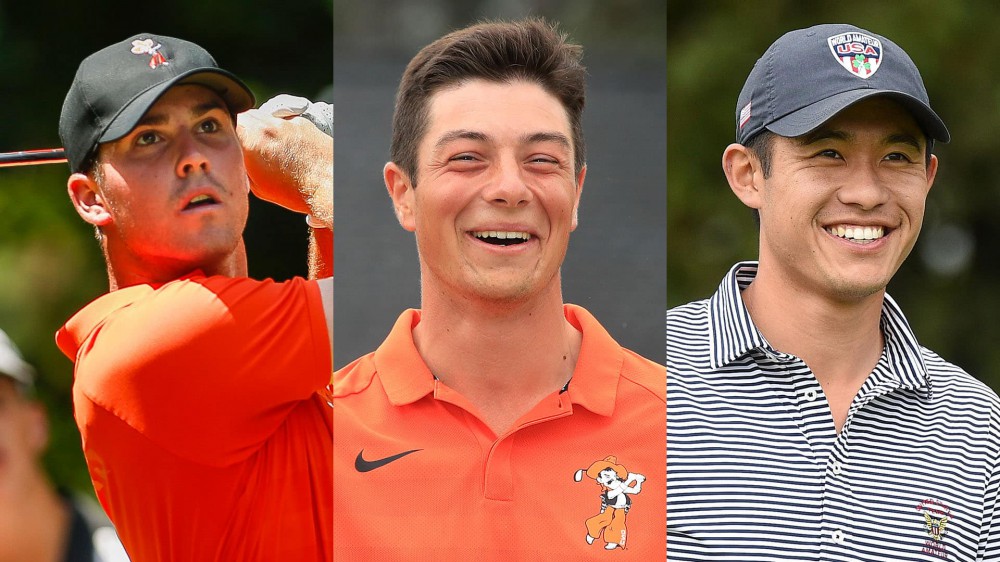