JERSEY CITY, N.J. – While the outcome at the Presidents Cup was effectively decided Saturday, the Internationals still have a mathematical chance to pull off an unprecedented upset. But the odds are long enough that they may be better served investing in Powerball tickets.

The Americans now lead the biennial matches, 14 ½ to 3 ½, and need only one full point to secure what would be their seventh straight victory. For Nick Price’s squad to pull off the comeback, they’d need to take 11 ½ points from a possible 12 in Sunday’s singles matches at Liberty National Golf Club.

How big of a long shot would that be? According to Jeff Sherman, manager at the Westgate Las Vegas SuperBook, it equates to roughly 15,000-to-1 odds. That figure is an estimate of the odds on a 12-team parlay including each match, and Sherman said the exact payout would be $14,193.67 on a $1 bet. But no such bet can be made; Sherman noted that his casino maxes out at an eight-leg parlay for actual wagers.

The Americans are favored in 10 of the 12 individual matches, none bigger than Jordan Spieth over Jhonattan Vegas. Spieth is a -220 favorite, meaning bettors must lay $220 for every $100 they wish to earn, while Vegas is a +180 underdog meaning a $100 wager would win $180.

Aussies Marc Leishman and Jason Day are the lone Internationals favored to win, against Kevin Chappell and Charley Hoffman, respectively. Here’s a look at the betting odds for each remaining match, courtesy of the Westgate: 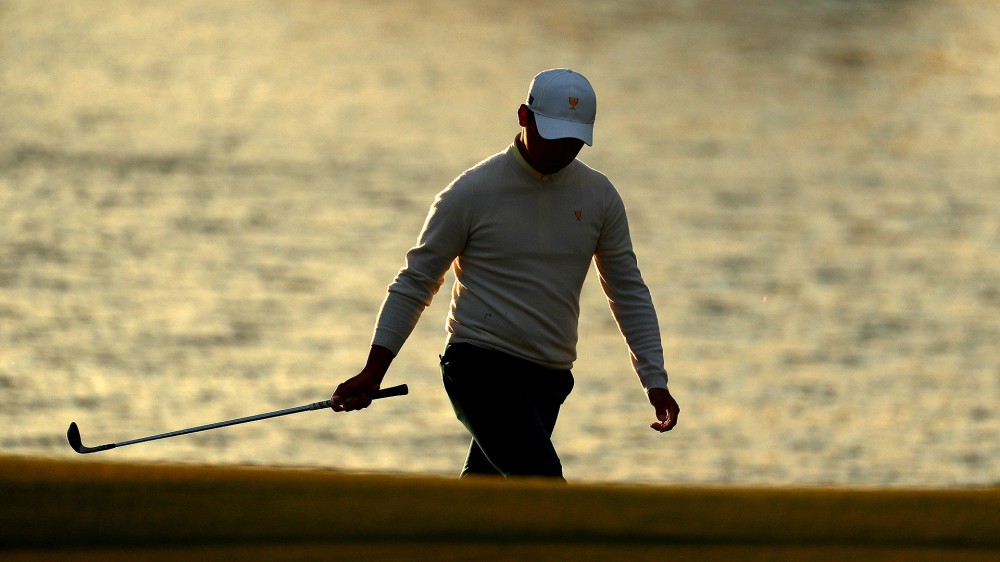