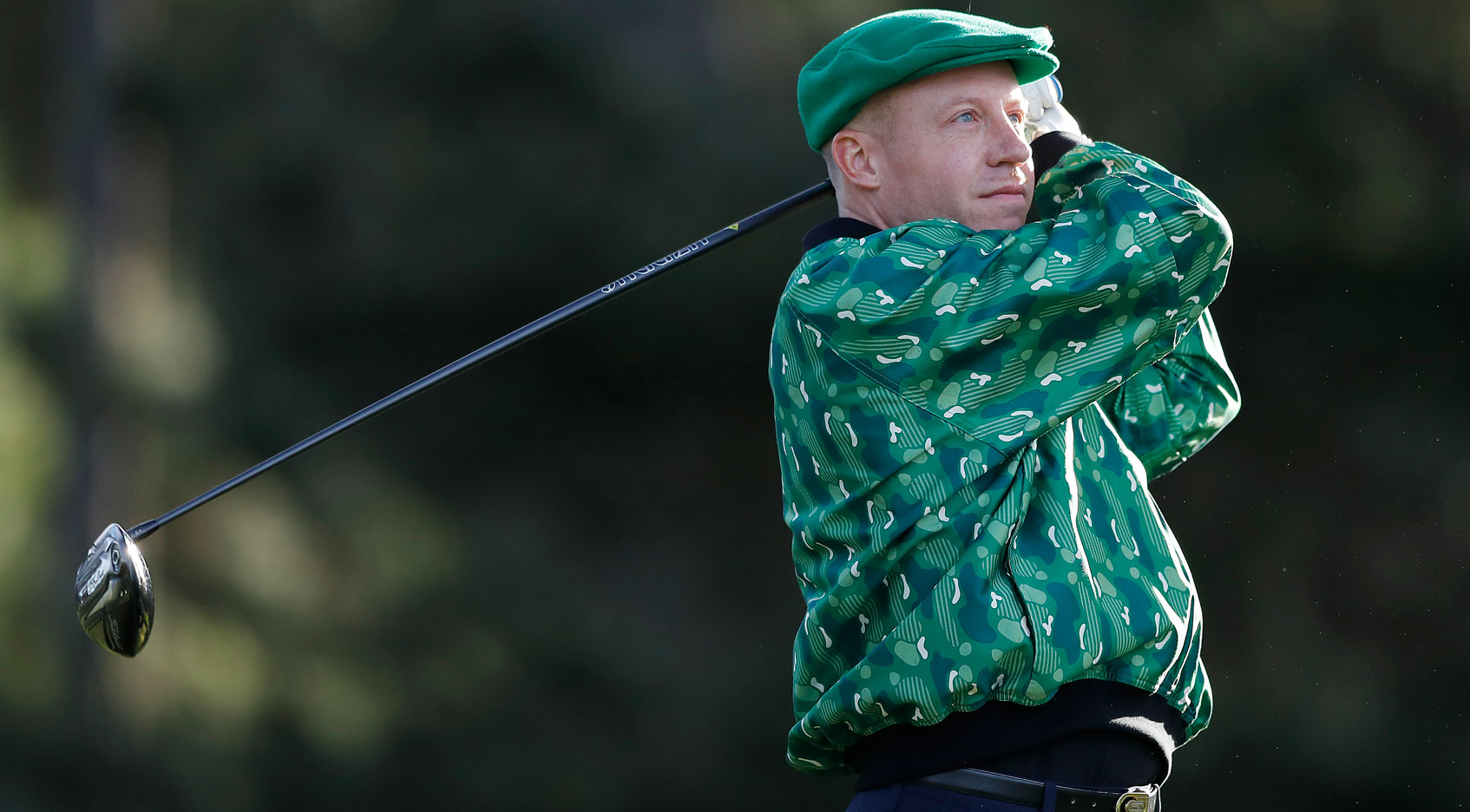 Grammy winner Macklemore knows the right sounds when he hears them. So that crisp crack when the middle of his 5-iron hit his ball in late 2018 as he gave golf his attention for the first time was all it took. He was hooked.

His ball though didn’t hook. Well at least not on that occasion.

“I randomly played one day after Thanksgiving in 2018 and hit a 5-iron out of the sand and I hit it pure and I have been very addicted ever since. I just want that feeling,” the popular rapper said ahead of the AT&T Every Shot Counts Charity Challenge that precedes this year’s AT&T Pebble Beach Pro-Am.

“I love that feeling of hitting a great shot. I love hitting a green in regulation, piping a drive. I love even just the ups and downs, the humility that the game brings, the swing of emotion, the mental fortitude that it takes, the patience, the spiritual practice of accepting whatever you just did and letting it go, the exercise, the camaraderie. I truly love everything about the sport.”

Between his incredible career and juggling life with two kids, Macklemore says he doesn’t get to play as often as he would like but he jumped at the chance to be part of Wednesday’s charity challenge. The COVID-19 pandemic has seen a forced change of this week’s TOUR event with the “Am” part of the Pro-Am missing.

But in lieu of this and the traditional pre-tournament charity events the AT&T Every Shot Counts Charity Challenge stands to raise more than $1.6 million for Monterey Peninsula Foundation charities.

The five-hole match play challenge will be broadcast on PGA TOUR LIVE and Golf Channel from 3-5 p.m. PT with three teams of two celebrities. Each team will represent charities in the community targeting basic necessities with Macklemore joining actor Alfonso Ribeiro on Team Food Insecurity.

Jim Nantz will serve as host while San Francisco 49er’s Hall of Fame quarterback Steve Young will serve as official scorekeeper and Train’s Pat Monahan will treat viewers to a musical performance.

“I’m excited. Last year I think I was on TV three or four times. Every shot counting and being televised is slightly nerve wracking. But we’re playing for some great causes and that’s what it’s all about, so we’re going to have fun,” Macklemore said.

Macklemore and his work have long been associated with inclusion and equality. While not on the same scale as some of his bigger social pushes the artist hopes golf continues to open its doors to all walks of life.