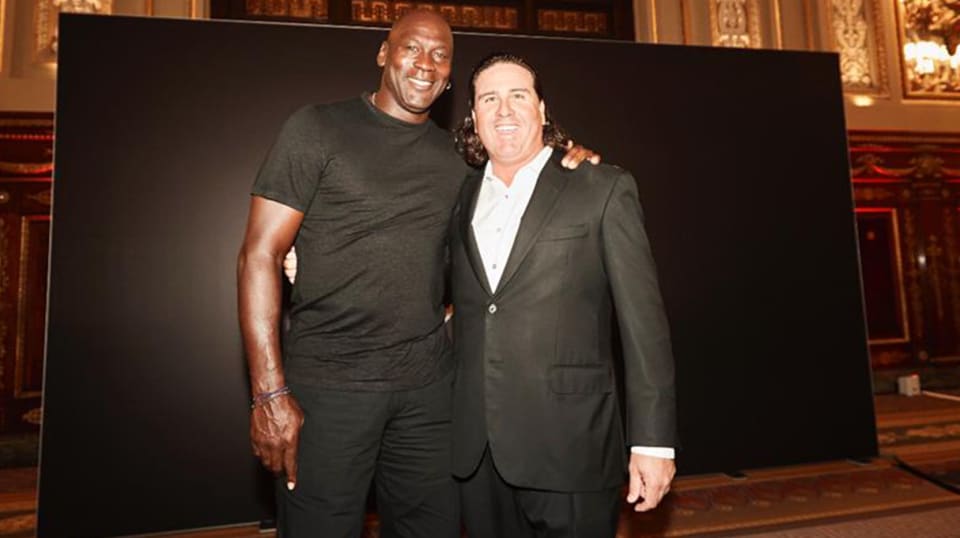 Editor’s note: Pat Perez, who earned the first of his three PGA TOUR titles at the 2009 American Express, details his friendship with Michael Jordan in this first-person diary.

Back when I was in junior high, everyone wanted the Jumpman IV’s but there was no chance we could afford a new pair of Jordans back in the day.

A guy I knew had thrown a pair of old ones out at school. I saw them in the can, grabbed them out, tried them on—perfect fit. I brought them home, cleaned them up and officially had my first pair of Jordans; the iconic white and cement-gray combo everyone wanted.

To go from that moment three decades ago, to having a wall of shoes and Michael Jordan’s number in my phone—it never gets old and will never be taken for granted.

MJ reached out to congratulate me after I won the CIMB Classic in Malaysia in 2017 and having won twice in the calendar year, at 41 years old after a major shoulder surgery, I just went all-in—never knowing if I’d get the chance again.

He said to let him know if I ever needed anything, so I immediately asked for some shoes. The floodgates opened and within a year, I was a part of the Jordan team.

I actually met MJ through a mutual friend some years back and would see him in passing, but going to Monaco with the other brand ambassadors a few summers ago was where things went next level. Just being in that setting with all those guys and getting some one-on-one time with #23, it was surreal.

I try not to bother him much, but to be able to text with him and for him to actually respond right away, my younger self would never believe me if I went back in time and explained everything that’s happened these past few years.

That trip to Monaco was as one-in-a-lifetime as it gets; just sitting out on the deck, smoking cigars and sipping tequila with the legend, every aspect of that trip and experience was just mind-blowing.

Even better is the fact MJ couldn’t be nicer, cooler and welcoming. Sometimes you meet your heroes and it’s a letdown. This has been the complete opposite.

I started collecting Jordans once I got on the PGA TOUR and could actually afford to do so, especially when places like Flight Club started popping up and the secondary-market became a thing, making it easier to track down older models which I was really into.

Out the gate, I started by collecting the ones MJ made famous during his playing days and it just grew from there. It really is an insane hobby if you stop and think about it, and we’ve literally had to renovate my office a second time now to make more space for the shoes. It’s a beautiful sea of Jordans in there.

I haven’t done an official count recently but there’s probably well over 1,000 pairs of Jordans at this point and it keeps growing as the Jumpman crew keeps sending more and more gear through my association with them. I can barely keep up. Every time that delivery truck is barreling up the street, I’m like a kid at Christmas.