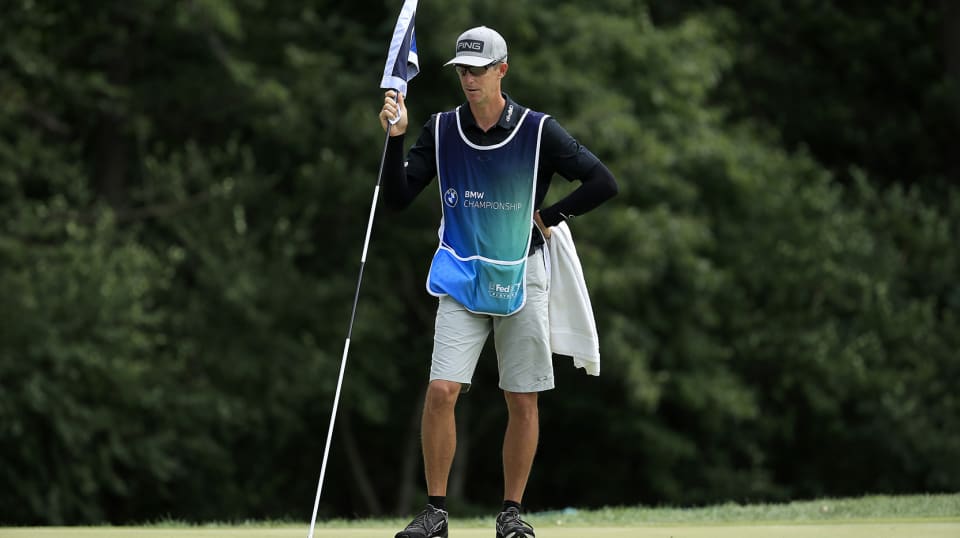 It was already dark on Sunday night when Ted Scott’s stepfather, Kenny Miller, picked the veteran caddie up at the Pensacola, Florida airport.

Scott had hopped a ride with his boss, Bubba Watson, on a private plane after the final round of the U.S. Open at Winged Foot. He slipped behind the wheel of the pickup truck so his “bonus dad” could rest and started driving to Miller’s waterfront home in Orange Beach, Alabama, about 27 miles from Pensacola.

Orange Beach is where Hurricane Sally had come ashore on the previous Wednesday as a Category 2 storm, bringing torrential rain and unleashing winds in excess of 100 miles an hour.

Scott didn’t see the full extent of the damage until the light of the following morning.

The boat his parents had bought from friends a couple of months earlier was literally split in two, dissected by the pilings of the dock. Part of one of their decks had floated away. There were about six inches of mud and debris under the 10-foot pilings that supported the house.

Miller, though, had already dismantled the 30-foot tree that was leaning against the deck on the second floor of the home. The soon-to-be 70-year-old – who Scott notes “is nuts sometimes but we love him” — climbed to the top of an aluminum ladder and used a chainsaw to cut it into manageable pieces.

“And trust me when I tell you, it’s not even a story, their house,” Scott says, the sincerity evident in his voice. “When compared to other people it’s not even worth talking about. Obviously, I’m there to help my parents first, but when you drive down the road, I mean, literally, this is crazy.”

Some of the Miller’s neighbors lived in older homes that weren’t built on stilts so the flooding was bad. He posted a video on Instagram where he was walking down the street where his mother Sher and Miller live, the roadside lined with warped cabinets, kitchen sinks, taped up, empty refrigerators and moldy clothing, waiting for the next garbage pickup, whenever that might be.

“It’s heartbreaking to see that in the video, you’re driving by people’s lives and, seeing their lives being thrown out on the road,” Scott says.

Scott saw a tow truck pull up next to the Miller’s house earlier this week to cart off a neighbor’s brand-new Jeep and a Ford sedan that had been ruined by the storm surge. On one of the main roads leading to Orange Beach, there’s a 35-foot yacht that washed ashore, nestled against the steel barricades.

“People drive around and say, hey, have you seen like, a red tool chest?” Scott says. “My stepdad, he put like five really nice items that he found at his house out in the yard, hoping somebody would, like, drive by and go, oh, that’s mine and get it. I think there’s a Facebook group that they put it on, too.

“It’s like a really nice motorcycle helmet, a real nice inner tube that you pull behind a boat … looks brand new. It’s randomly in his yard now. … One of Bubba’s friends has a barge, literally a barge, in his yard in Pensacola, Florida, a literal barge. It’s crazy. It’s crazy. It’s wild what those storms do.”