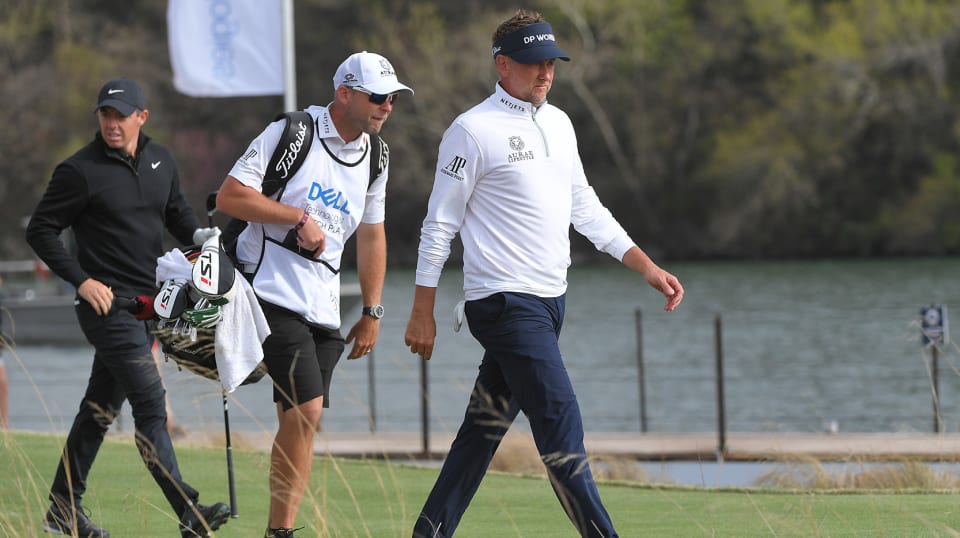 AUSTIN, Texas – Ian Poulter understands Rory McIlroy’s current struggles all too well and has plenty of sympathy for his mate. He also sports an unwavering confidence that McIlroy will rebound with a vengeance soon enough. But that didn’t stop the Englishman adding to the misery now piling up high around his Northern Irish friend.

Poulter, the 60th of 64 seeds at the World Golf Championships–Dell Technologies Match Play, cruised past McIlroy in a 6-and-5 romp on the opening day of competition. Both men are former champions of the event and McIlroy’s body of work over his career is beyond enviable. But Poulter made the 11th seed look second rate at times.

McIlroy recently changed from his long-time coach Michael Bannon to a partnership with Pete Cowen as he looks to rediscover his magic. Now – to be fair – the two-time FedExCup champion hasn’t exactly been struggling to put food on the table. McIlroy has four top-10s this season and eight top-25s from 10 starts to sit 37th in the FedExCup standings.

But his swing has failed to click at key times and a 79-75 effort at THE PLAYERS in his last start might have hurt his confidence. As such he’s working with Cowen with a new focus on his downswing and the position of his right arm.

McIlroy only managed two birdies in the 13 holes they played, but Poulter did throw two birdies and an eagle at his opponent in their last five to close it out.

“Obviously Pete’s going to be working exclusively with Rory on his game (and) I think there’s a couple of areas of his game which I’m sure he wants to kind of firm up a little bit,” Poulter said after.

“And obviously he missed a couple of tee shots left. From that point he was trying to hit a kind of a bit of a hold-up cut. But it’s Rory, it doesn’t take a lot for Rory to spark up pretty quickly and I wasn’t surprised with anything, I just felt that I had done a pretty decent job of putting him under pressure, I made it difficult for him.”

But as good as Poulter was, McIlroy was also sub-par. Early Wednesday McIlroy three-putted the fourth hole from inside 15 feet and then sent a tee shot so far left on the short par-4 fifth that it ended up in someone’s swimming pool. As it sunk to the bottom one couldn’t help feeling the metaphor of his own chances sinking with it. The 31-year-old did provide a mini fight back to pull within one hole after eight before Poulter showed no mercy.

For Poulter it was exactly the type of match he thrives on. Often a Ryder Cup hero for Europe the veteran refused to be worried about the fact McIlroy would no doubt outdrive him on most – if not all – holes. Instead he saw it as his window of opportunity.

McIlroy had pumped a drive down the ninth hole to be 56 yards closer than his opponent and no doubt had thoughts of squaring the ledger at the turn. Poulter had felt the momentum shift but identified the moment as one he could turn the match on its head and shatter his friends thoughts of a confidence building comeback. Poulter’s “smooth 7-iron” from 178 yards stopped within 9 feet of the hole and a rattled McIlroy left his wedge shot 41 feet short.

Another three-putt followed for McIlroy on 10 and Poulter drained a 17-foot birdie on 11 to twist the knife. McIlroy responded the only way he knows how – brute force – and muscled a 404-yard drive down the par-5 12th – 84 yards ahead of Poulter. But then watched in agony as the Englishman drilled a 4-iron from 266 yards to 7-feet, 7-inches. McIlroy couldn’t even find the green.

“I kind of like the (win) or bust attitude, to be honest with you. It gets the adrenaline going, the ticker starts going and quite frankly you’ve just got to (win) or bust. You got to pony up and hit shots,” Poulter said.

“The ebbs and flows that you have in a great match, that, if you get your ball in first, sometimes, it loads the pressure on your opponent and especially when you’re in front like that, you can at times force him to make a mistake.”

McIlroy now must try to rebound in Thursday’s Group 11 match with Lanto Griffin who also took a mighty hit to his confidence Wednesday. Griffin led Australian Cameron Smith 2-up with three holes to play only to lose them all.

Smith’s 1-up win puts him on a collision course with Poulter – a match up he was champing at the bit to get into. Smith is a former Australian Amateur champion in the match play format and made it to the final eight in Austin back in 2018. He famously came back from 3-down against Justin Thomas to win in the 2019 Presidents Cup singles to give the Internationals faint hope of a win.

“Poults and I get along. I’m sure we’re going to have a good time (but) in the last five or six holes we’ll quit talking to each other and it will be on,” Smith smiled. “I’m looking forward to the challenge tomorrow for sure.”