Home Golf News & Information If weather holds, Augusta National will be ‘as good as ever’ 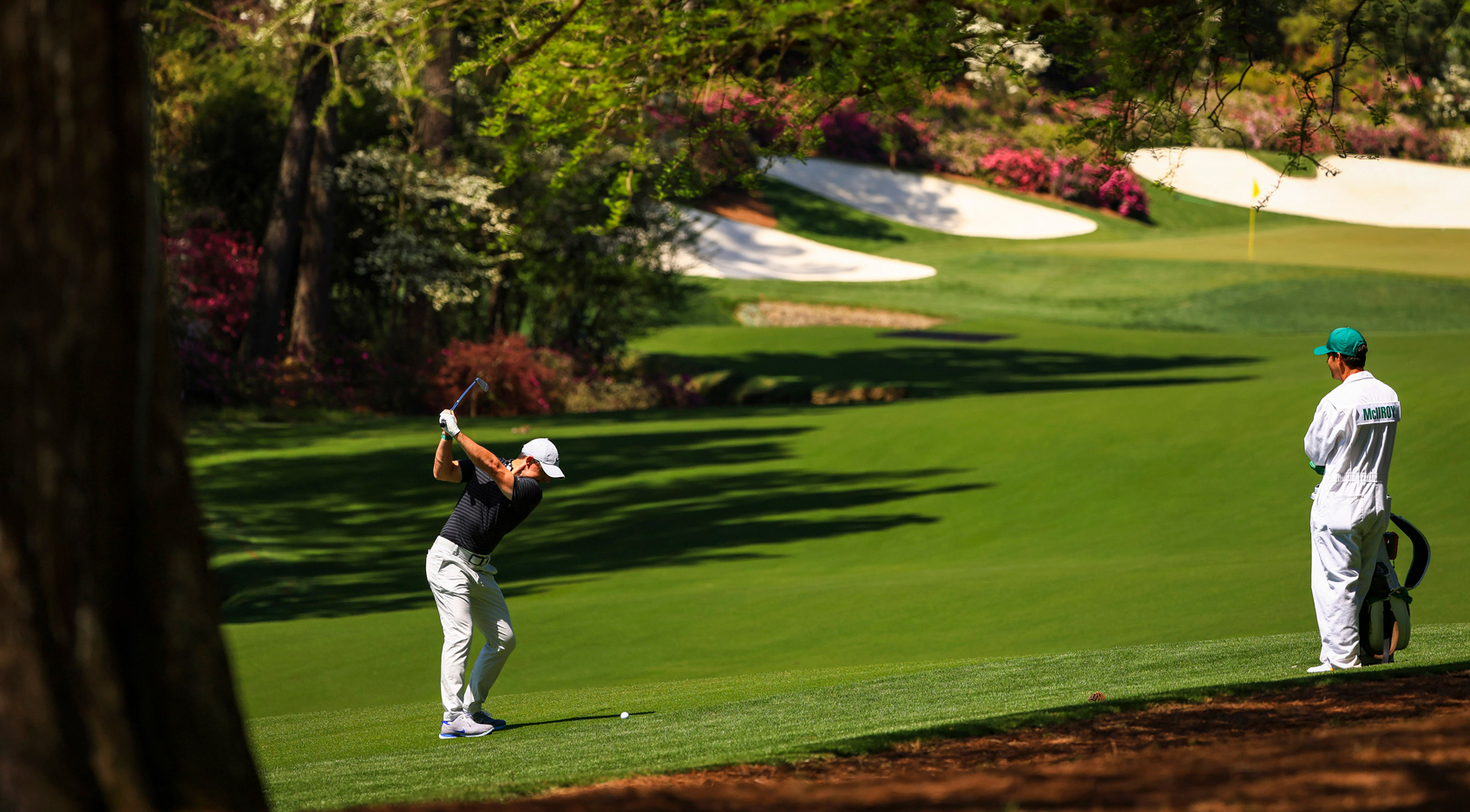 AUGUSTA, Ga. – Monday’s practice round at Augusta National reminded Adam Scott of his pre-tournament preparations 14 years ago, when the course played to a record-setting degree of difficulty.

Amazed by the course’s firmness before the 2007 Masters, Scott decided to use a bottle of water to conduct an experiment.

“I actually remember being on the 16th green with Greg Norman and I poured some water on the slope. The water just trickled all the way across and off the green. It never got absorbed,” Scott said.

Zach Johnson won that week with a score of 1-over 289, matching the highest winning score in tournament history (and the highest in more than 50 years).

Scott didn’t repeat the experiment Monday, but he imagined the results would have been similar.

The firm course conditions – a stark contrast to what we saw in November – were a popular discussion topic Monday. Is this setup a reaction to Dustin Johnson’s record-setting performance on a soft course last fall, a la the U.S. Open conducting the Massacre at Winged Foot a year after Johnny Miller shot 63 at Oakmont?

That’s what some people think, but perhaps it is simply a matter of Augusta National taking advantage of an ideal forecast. While cold weather added to the difficulty in 2007, temperatures in the mid-80s are forecasted this week. There’s a chance of rain Thursday and Friday but if the percipitation stays away then the winning score could be in the single digits under par (compared to Johnson’s 20-under 268 in November).

Jose Maria Olazabal, a two-time Masters champion, said, “If the weather stays like this, we’re going to see Augusta as good as ever.” Another former champion, Fred Couples, said the course could play as difficult as it has in a “long, long time.”

Players welcome a tougher test here because the firm conditions bring out the best in Alister Mackenzie’s design, accentuating the humps and bumps on its famous putting surfaces. Accurate shots can be rewarded by slopes that will funnel the ball toward the hole while mishits will be even more severely penalized as they roll away from their target.

“You have to use more imagination, have to play the angles, have to make sure you miss the ball in the right spots, and that might not be the green on that hole,” two-time Masters champion Bubba Watson said about a firm Augusta. He remarked on the ‘thud’ that his chip shots made Monday, a sign that balls aren’t checking up when they hit the green.

Players are accustomed to Masters officials presenting benign conditions for practice rounds before “flipping the switch” to firm up the course for the competitive rounds. Scott said the course was already in tournament condition Monday.

“If that’s a sign of things to come, we’ve got to buckle up for this week,” he said.