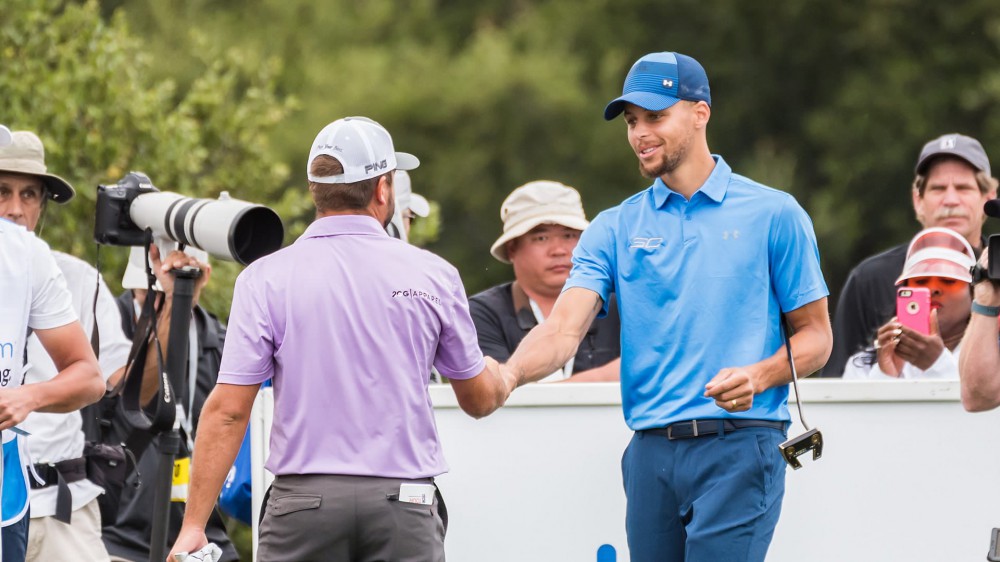 Few expected Steph Curry to stick around for the weekend at the Ellie Mae Classic; many more believed he wouldn’t break 80 over two days. He’s not likely to make the cut after an opening round, but his 4-over 74 caught the eye of some guys who do this for a living and play it at a high level.

Impressive round from @StephenCurry30 today. #under

Pumped for @StephenCurry30. It's one thing to play well with your buddies, but tournament play can be a different animal. +4 is no joke.

Gutsy day from @StephenCurry30, proved A LOT of people wrong. Dude has game! And I'm sneaky glad he bogied 18 so I didn't tie him todayhttps://t.co/duASL4GEb5

[email protected] making 3 birdies and shooting +4 is super impressive. Great golfer but things can be tougher inside the ropes. Well done

I wanted to hate @StephenCurry30 for beating the cavs but he signed a ball for my wife, made more birds than me 2day, and darn near beat me

Beyond impressed with @StephenCurry30 and his play in the Web event. Perfect use of a sponsor's exemption. Great for the game and the tour!

This Steph Curry thing is great for golf. I wish there was some place to watch it but I'm actually refreshing my phone checkin on him