CHARLOTTE, N.C. – Patrick Reed will take a break – eventually. He is making his ninth consecutive start, even though he showed no signs of wear and tear Thursday at the PGA Championship.

Reed shot a 2-under 69 at Quail Hollow as he looks to continue a run of form that has seen him record five top-20s in his last eight worldwide events.

“I’ve got to keep my energy level up,” he said. “You have to save your energy for tournament rounds. Giving myself a little less of a warmup, it allowed me to come into the week and the day feeling fresh and ready to go.”

Reed wasn’t planning to play nine events in a row, but he is also trying to keep his European Tour status and needs to play at least five tournaments outside of the World Golf Championship events and majors. That explains his recent trip to Germany for the Porsche European Open, which was held between The Open and WGC-Bridgestone Invitational.

“If I don’t feel like things are going exactly how I want to, I don’t want to go home and try to work on it at the range. I can go to the range and hit the ball perfect every time,” he said. “I want to fix it on the golf course. That’s why I’ve been playing a lot.”

Reed is still looking for his first career top-10 in a major, but he tied for 13th earlier this year at Erin Hills.

A good finish this week would go a long way toward Reed’s Presidents Cup standing. He currently sits at No. 11, just outside of the 10 automatic qualifiers with a few weeks remaining.

“Those team events are always on my mind,” he said, “but the way you take care of those is to go out and play good golf. I don’t sit there and focus on the standings and what you need points-wise. At the end of the day, if you win a golf tournament, it takes care of itself. That’s all you can control.” 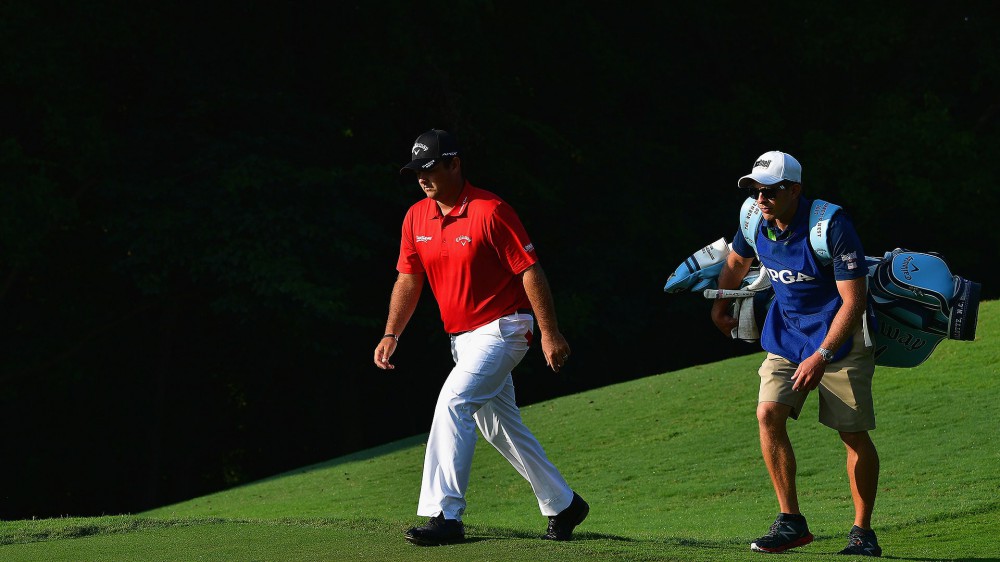