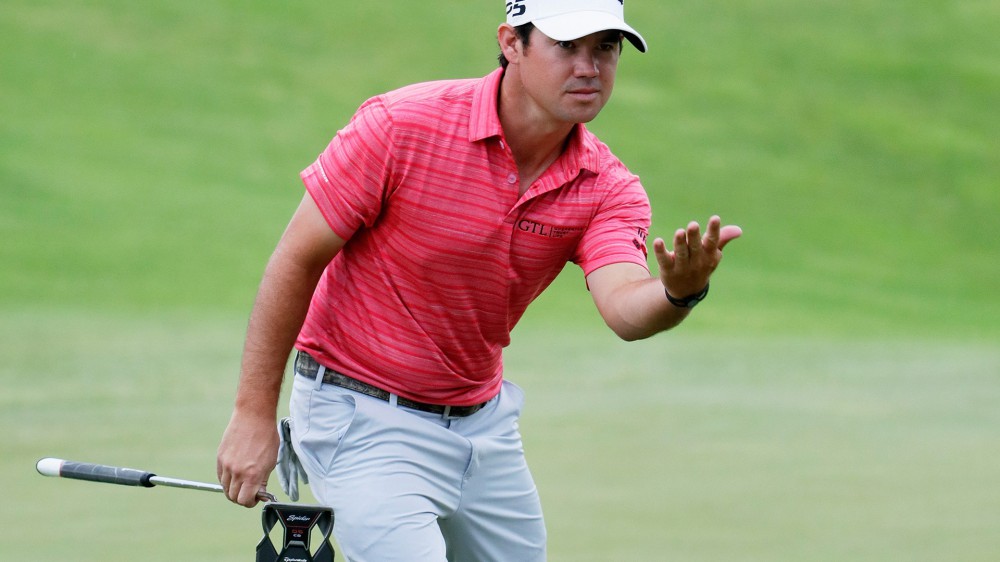 ERIN, Wis. – When he outlasted the likes of Dustin Johnson to win last month’s Wells Fargo Championship, Brian Harman conceded that he plays golf with a chip on his shoulder.

At 5-foot-7, the left-hander doesn’t exactly fit the mold of the modern power player and more times than not he’s an afterthought, particularly on big golf courses like this week’s stop Erin Hills. It’s a reality that at least partially explains that chip.

“I’m not going to delve into the things that I derive my motivations from, but I’m certainly motivated,” said Harman on Saturday at the U.S. Open where he emerged from a crowded leaderboard to take a one-stroke lead.

After falling off the pace early on Day 3 with a bogey at the third hole, Harman clawed his way back on the closing loop with birdies at Nos. 11, 14 and 15 and salvaged his spot atop the leaderboard with a clutch par save at the 17th hole.

Although he declined to get into specifics, he did offer an anecdote that gave a glimpse into what drives him.

“I think since my dad dropped me off at football practice and told me to not be disappointed if I didn’t get to play,” he laughed before adding, “I played a lot.”

Last month’s victory at the Wells Fargo Championship was his second on the PGA Tour, but his major record hasn’t exactly been stellar, with seven Grand Slam starts and just two made cuts, which will make Sunday’s final round at Erin Hills a new experience for Harman.

“Obviously I have no idea what tomorrow holds, but I’m more motivated by the way that I’m striking the ball. It’s the best I’ve struck the ball in a long time,” he said. “I’m excited about all those things.”