WEST DES MOINES, Iowa – Plain and simple, Juli Inkster wanted to create a fun Solheim Cup environment because the last couple teams that she played on felt like more of a chore than a reward.

There was no chance she was going to let that happen under her watch.

“I just felt like everybody was going in different directions and even though we were a team, were we a team? I don’t know,” she said. “I just felt like the younger times it was so much better, so much easier. Everybody bonded, hung out. I just felt like we were losing that.”

Inkster played on nine Solheim Cup teams, winning five times and losing four times. Her first Solheim Cup was in 1992, her last was in 2011 in Ireland.

“I feel very blessed to be playing for Juli,” Lizette Salas said.

“That’s huge for all of us that we look up to her so much that we cherish every moment we have with her and all the words that she gives us, whether it’s a kick in the butt or just a hug.” 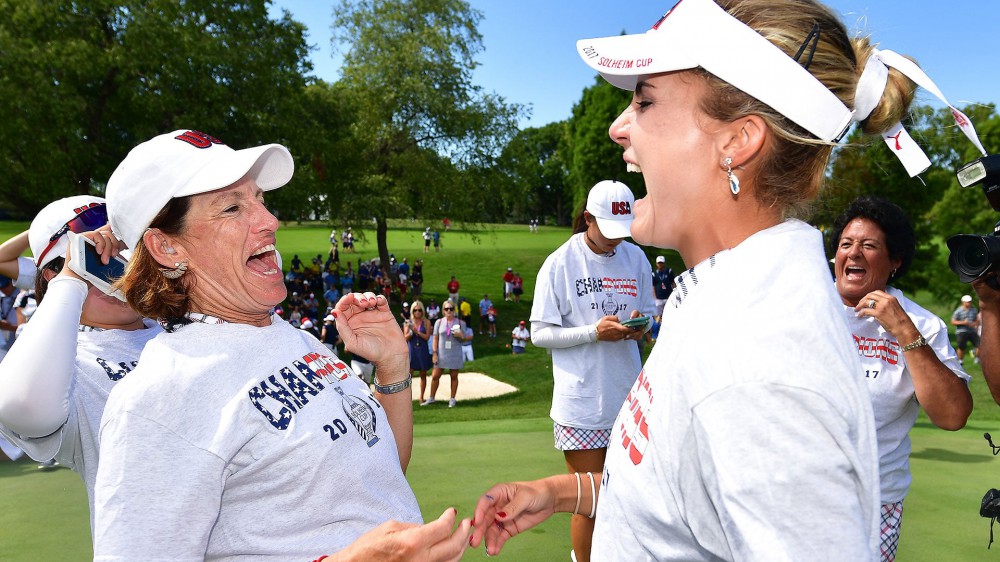