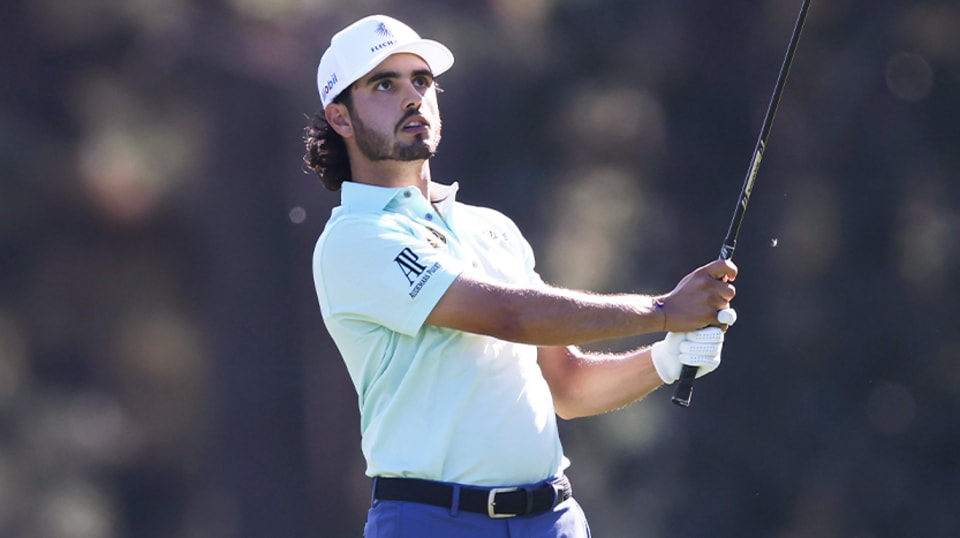 They’re joined at the top by Americans Dustin Johnson and Justin Thomas. Thomas should know Smith well. The Australian came back from three holes down to beat him in singles during the Presidents Cup.

South Korean Sungjae Im finished off rounds of 66-70 to be just a shot off the lead. Joining him among others are Japan’s Hideki Matsuyama who had three holes left to play on his second round when darkness halted play.

And just another shot further back at seven under sat C.T. Pan and Louis Oosthuizen. Pan had two holes left to negotiate at days end while veteran Oosthuizen has six holes left.

Els pointed to the months following his teams close loss in Melbourne as proof the individuals were ready to take what they learned as a team into their own game. Smith won the Sony Open in Hawaii in January. Im won the Honda Classic. Adam Scott, who would have likely been up there with his teammates if not for a freakish break that saw his ball rebound off the flagstick at the par-5 15th into the water, won The Genesis Invitational in February and Marc Leishman, who sits just five off the pace at four under with four holes left in his second round, won the Farmers Insurance Open.

“We all learnt a hell of a lot. We didn’t feel like we lost in many ways because we felt like we played as one and unlocked something special,” captain Els said.

“Immediately after the Cup the guys won numerous tournaments and contended everywhere. It went quiet because of the COVID break which is a shame but it’s nice to see they are back at it, and great to see them play well.”

Smith remembers the week in Melbourne fondly. Els had fired him up by leaving him out of the contest on the opening day and he did all he could to atone. Teamed with Im for two sessions for a 0-1-1 record, he came to singles itching to prove himself. He did that by coming back from three down to beat Thomas 2 and 1.

“It was a great week. We’ve all become best of mates and it’s good to see the guys right up there. Abe finished five or ten minutes before me, so we were giving each other fist pumps just now,” Smith said.

“I just like being tested. I feel like my game is best when I have to think a lot and hit the right shots. It’s obviously good to be in contention on a weekend, and I feel like I’ve been there enough where I can have a good crack at it.”

For Ancer, the week was huge. It began with him becoming the star of his team, forging a 3-0-1 record in team play, and ended with him up against Woods in singles. It was an epic battle that Woods would ultimately claim but Ancer left with his experience tank full.

“I’ve always said that experience in Melbourne definitely prepared me or helped me feel a lot more comfortable, really, in any scenario I get put in,” Ancer admits.

“The amount of pressure that you feel there, the excitement, every putt counts so much.  That whole week was big for me and my career.  I felt like it’s helped me tremendously.”

Ancer has even more motivation after watching his close friend and fellow Mexican Carlos Ortiz become the first from their country to win on the PGA TOUR since 1978 with his triumph at the Vivint Houston Open. Ancer was already at Augusta National and stopped his preparation to watch the tournament.

“I’ve never been that nervous watching somebody else play. I was actually freaking out there a little bit. It was awesome. I got pumped up. That day, I ended up practicing until dark here. I was really excited, and it motivated me, too.”

The last International team eligible player to win the Masters was Australian Scott back in 2013. It was part of a six year run where Trevor Immelman, Angel Cabrera and Charl Schwartzel also claimed the title.