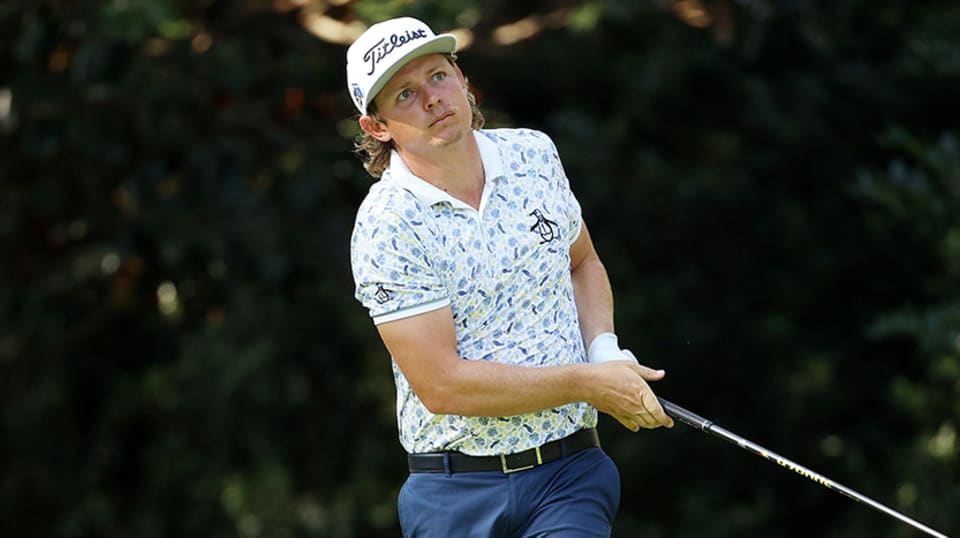 Sungjae Im is a nomad who is near unrecognizable in the U.S. despite having been a Korn Ferry Tour Player of the Year and PGA TOUR rookie of the year in back-to-back seasons. This is his first Masters. Arguably no other player on TOUR can repeat their own swing as perfectly as this 22-year-old. He also starts four shots back.

Im is a TOUR winner from last season, claiming the 2020 Honda Classic in March. He was also a rock solid part of Ernie Els’ International Presidents Cup team last year. No Korean has ever won the Masters.

“I watched the Masters growing up so many times that I feel like this course. I feel like I’m used to playing this course, even though this is my first time,” he says. “I want to stick to my game plan, try to minimize as many mistakes as possible. I know a lot of people back home are staying up late and not sleeping watching the Masters, watching me perform. I want to stay composed and make sure I finish strong so that I make them happy.”

Despite all of his success in claiming two PGA TOUR wins, Cameron Smith isn’t even the most famous Cameron Smith in his home state. Ironically Australia’s most prolific and successful rugby league player, a sport much higher profile than golf back there, is named Cameron Smith. And he is a good deal older so was in the public conscious well before the TOUR version.

Golf’s 27-year-old Australian is a rugby league player in a golf body. Well he doesn’t even have a modern day golf body. He’s an attack dog. He’s like the Jack Russell terrier that refuses to stop yipping and barking and jumping all over you for hours on end and you think you’d hate that but you love it even more.

In his home country Smith is known as a “battler”. A working class kid who makes the best out of whatever is in front of him. Battlers never give up. Battlers take on those bigger and stronger than them and make them remember the fight.

It’s how Smith came from three holes down against Justin Thomas in singles at the Presidents Cup to win his match and keep slim hopes for his team alive. It’s how he rebounded from a bogey – triple bogey start at the Sony Open in Hawaii this year to win. It’s how he didn’t get flustered Saturday when he couldn’t buy a birdie and made 12 straight pars before getting three in a row. And it’s how he made three all-world up and downs on the last three holes to make sure he too would start four back of Johnson.

“The pressure is absolutely on him. He’s got a four‑shot lead. Anyone with a four‑shot lead is expected to win,” Smith said. “But there’s going to be plenty of boys firing (at him) tomorrow.”

Frittelli, that’s Dylan, has just about the most misspelled name on TOUR. And that includes a list that includes Xander Schauffele and Louis Oosthuizen. It happens when most people think you’re anonymous. Is it two t’s and one l? One t, two l’s? Oh two of each. But the South African is a TOUR winner having claimed the 2019 John Deere Classic.

Frittelli will start five shots back. No one expects him to win. In fact he’s had just one top-10 this year, a T8 at the RBC Heritage in June. This is his second Masters having missed the cut in 2018. But South Africans have a history of winning Green Jackets. Gary Player won three. Trevor Immelman and Charl Schwartzel followed.

“I just had clarity. I think my mind was pretty clear. Felt confident, felt calm. Didn’t really feel any nerves,” Frittelli said of his third round. “If I can feel that way tomorrow on the tee and on the golf course, I think I like my chances.”

Get ready DJ, here they come.