Juli Inkster isn’t yet among the players in the field for the Dow Great Lakes Bay Invitational this summer, but the American Solheim Cup captain is planning to be there to check out the pairings in Midland, Mich.

European captain Catriona Matthew will also be there, but she’ll be playing alongside one of her vice captains, Suzann Pettersen, who isn’t yet dismissing the possibility she might be a playing vice captain in Scotland in September.

This all adds intrigue to the two-woman team event’s dynamic with some early pairings released Wednesday.

Notably, the pairing of Lexi Thompson and Cristie Kerr was announced. They’ve become the dynamic duo of team golf, amassing an 11-1-2 record as partners in the Solheim Cup and UL International Crown.

In another formidable pairing, multiple major champions Lydia Ko and In Gee Chun will pair.

The field will feature 72 teams competing July 17-20 for a $2 million purse. Ariya Jutanugarn, Nasa Hataoka, Danielle Kang and Angela Stanford also have committed, but they have yet to announce who their playing partners will be. The format will alternate between better ball and alternate shot. The top 70 players from the LPGA priority list were exempt into the field. They’re allowed to choose their playing partners, who must have LPGA status. The remaining teams will be filled out with sponsor exemptions. 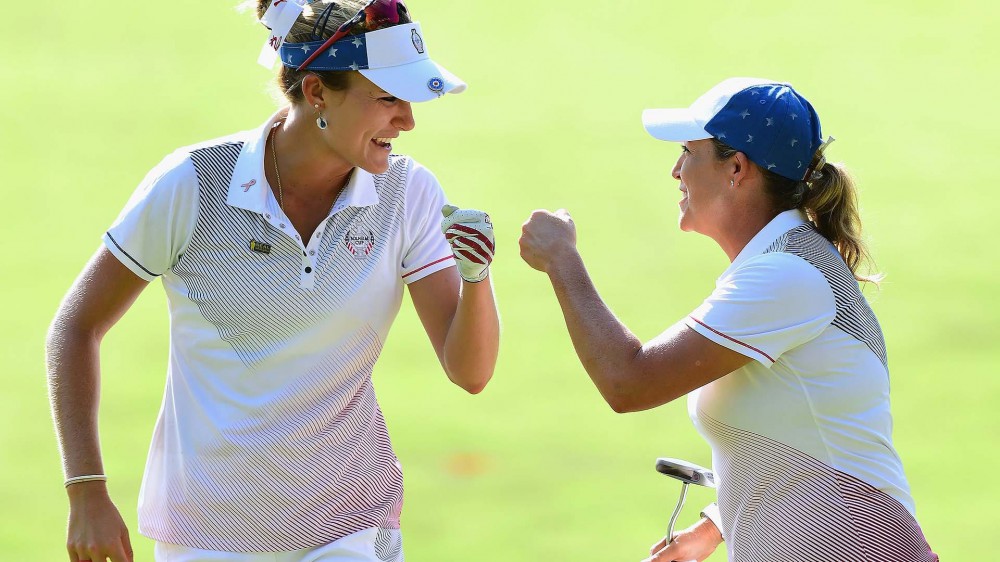 Madelene Sagstrom: If I touch one life it will be worth it