Home Golf News & Information Is it finally Rory McIlroy’s turn in Abu Dhabi? He leads by one after 54 holes 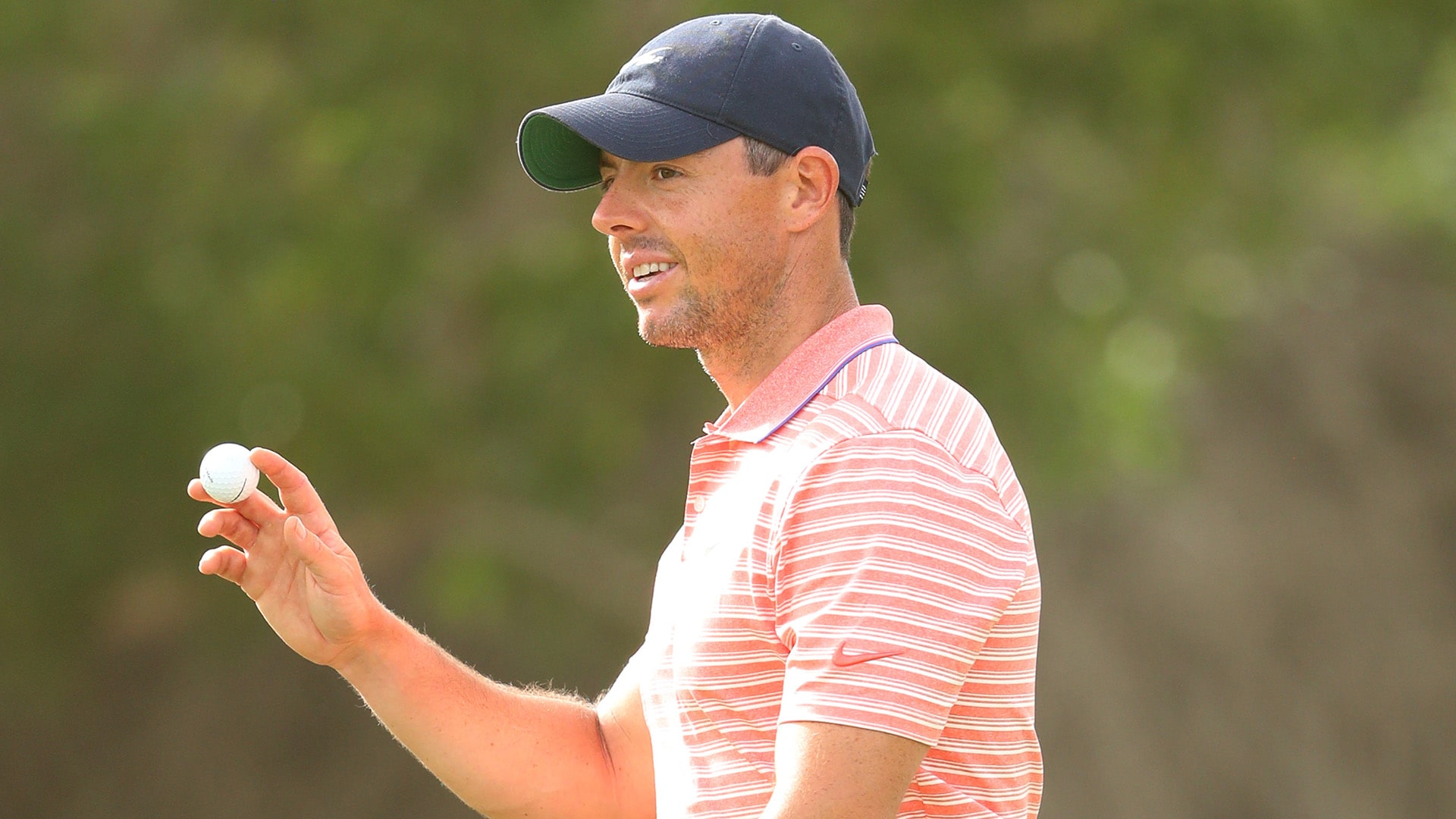 One could argue that Rory McIlroy is due in Abu Dhabi.

The 31-year-old McIlroy owns four career runner-up finishes and three more top-3 showings at the Abu Dhabi HSBC Championship, and he is once again in contention entering Sunday’s final round. McIlroy carded five birdies and an eagle as part of a 5-under 67 Saturday to move to 13 under and take a one-shot lead over Tyrrell Hatton, who had led by five shots when the second round was suspended for darkness on Friday.

McIlroy’s third round was highlighted by a lucky break at the par-5 10th hole, where McIlroy pitched in for eagle from 73 yards. His ball would’ve raced well past the hole and likely off the green but instead hit the flagstick and dropped.

Despite his glowing record and continued good fortune in Abu Dhabi, McIlroy is expecting a fight on Sunday. Not only is Hatton just a shot back, but two-time Abu Dhabi winner Tommy Fleetwood shot 67 Saturday to move to 11 under, two shots behind.

“I can’t go into tomorrow thinking it’s my turn,” said McIlroy, who three times has lost by a shot in Abu Dhabi. “I want to make it my turn. I have to go out there and continue to hit the ball like I hit it on the back nine [today]. If I can do that and give myself plenty of chances, I’ll have a real chance.”

McIlroy hasn’t won since the 2019 WGC-HSBC Champions in Shanghai, though even if he doesn’t win Sunday he can still notch a top-5 finish in his first event of the season for the eighth straight year and 13th time in the last 14 years. Also, McIlroy is 12 for 22 in his professional career converting at least a share of the 54-hole lead into a win, per Justin Ray of 15th Club. McIlroy’s last 54-hole lead came at last year’s Genesis Invitational, where he closed in 73 to tie for fifth.