AUGUSTA, Ga. – The first club-enacted course change at Augusta National in more than a decade has gotten the attention of the players ahead of this week’s Masters.

The par-4 fifth hole, already the sixth most difficult hole last year, has been lengthened by 40 yards and now sits at a stout 495 yards. While the edges around the greens have been somewhat softened, the two fairway bunkers that hug the left side of the fairway will now require a 313-yard carry – meaning most of the field will have to play around them instead of over them.

And while in recent years players have had a choice off the tee between driver and 3 wood, it’s now a hole where driver will be the consensus option. The changes to No. 5 are the first course alterations enacted by the club since 2006, and they’re expected to make the hole rival the 505-yard 11th as the toughest on the course.

“It looks like it’s been there forever. It’s one of the neat things about this place, they can make it look like that,” said Charles Howell III. “It was always a difficult hole because of the green, and now it’s difficult because of every shot. It takes a really good drive now.”

While the sheer length of the new design is enough to get players’ attention, it’s the slight repositioning of the two fairway bunkers that potentially poses the biggest scoring threat. Both Howell and Tommy Fleetwood believe that it will now be nearly impossible to reach the undulating green from either bunker, an issue that players rarely face from a similar spot on par-4s the other 51 weeks of the year.

“It does make a massive difference to the hole,” Fleetwood said. “In the past, if you hit it into the bunkers, you actually had half a chance of getting it up somewhere by the green. Now you’ve got no chance.”

But not everyone is approaching the new-look fifth with trepidation. Rickie Fowler played the hole in 1 under last year en route to a runner-up finish. He’s eager to take it on again this time, even with a little more distance between tee and green.

“I think it actually makes the drive a little easier, as far as if you want to push it up where the bunkers are,” Fowler said. “For me, it’s a love-hate relationship with 5. I think it’s a tough second shot, just because it is one of the bigger greens out here, but you have to be so precise where you’re landing it to put yourself in the right position. I think the changes there, I like.” 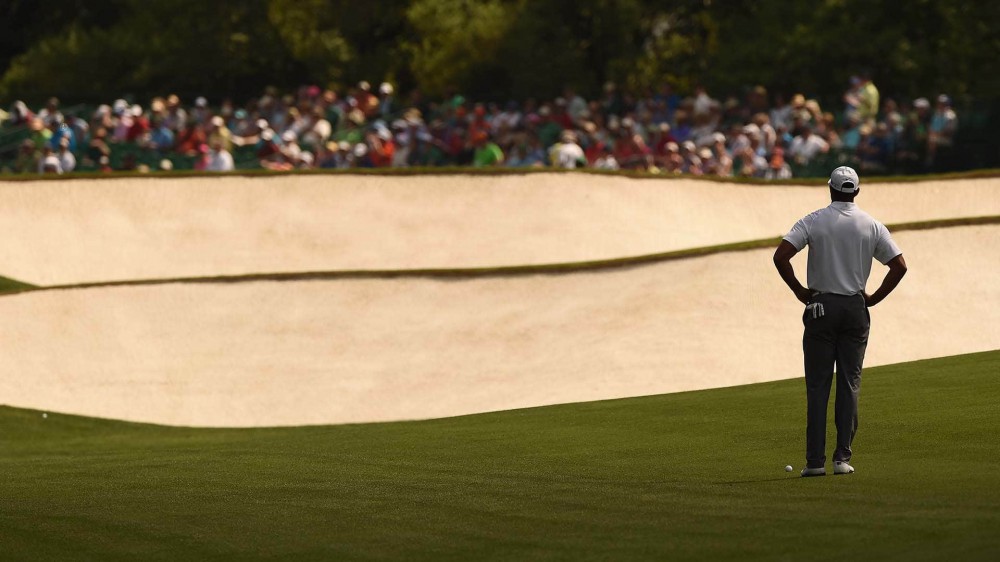 How the Masters Tournament cut line is determined