“If you look at the scores, I realize it’s match play, but the European side played very good golf this afternoon,” U.S. captain Jim Furyk said following Day 1 at the Ryder Cup. “Every one of their matches was even par to under par on a pretty difficult setup in difficult conditions where the wind was blowing 20 mph.”

The U.S. team was swept 4-0 in the alternate shot session and now trails, 5-3, heading into Saturday.

The four European teams in foursomes were a combined 4 under par, compared with the four American teams that were 11 over par.

On particular note, Sergio Garcia and Alex Noren were 5 under par through nine holes, rolling Phil Mickelson and Bryson DeChambeau, 5 and 4.

“They were something like 5 under on the front nine on alternate shot. They pretty much would have been leading any fourball match this morning with an alternate-shot team,” Furyk said. “You look at the way they played, they played great.” 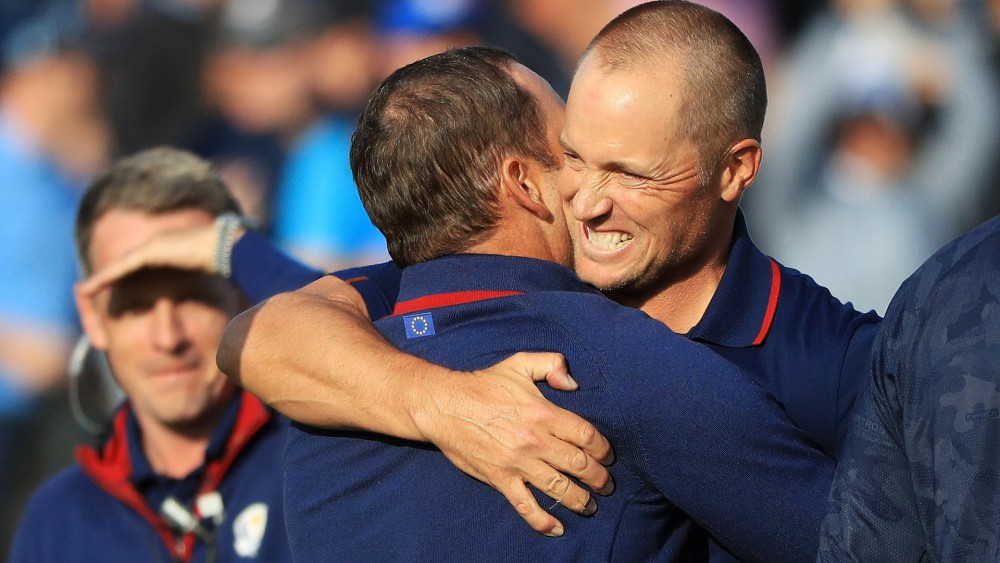