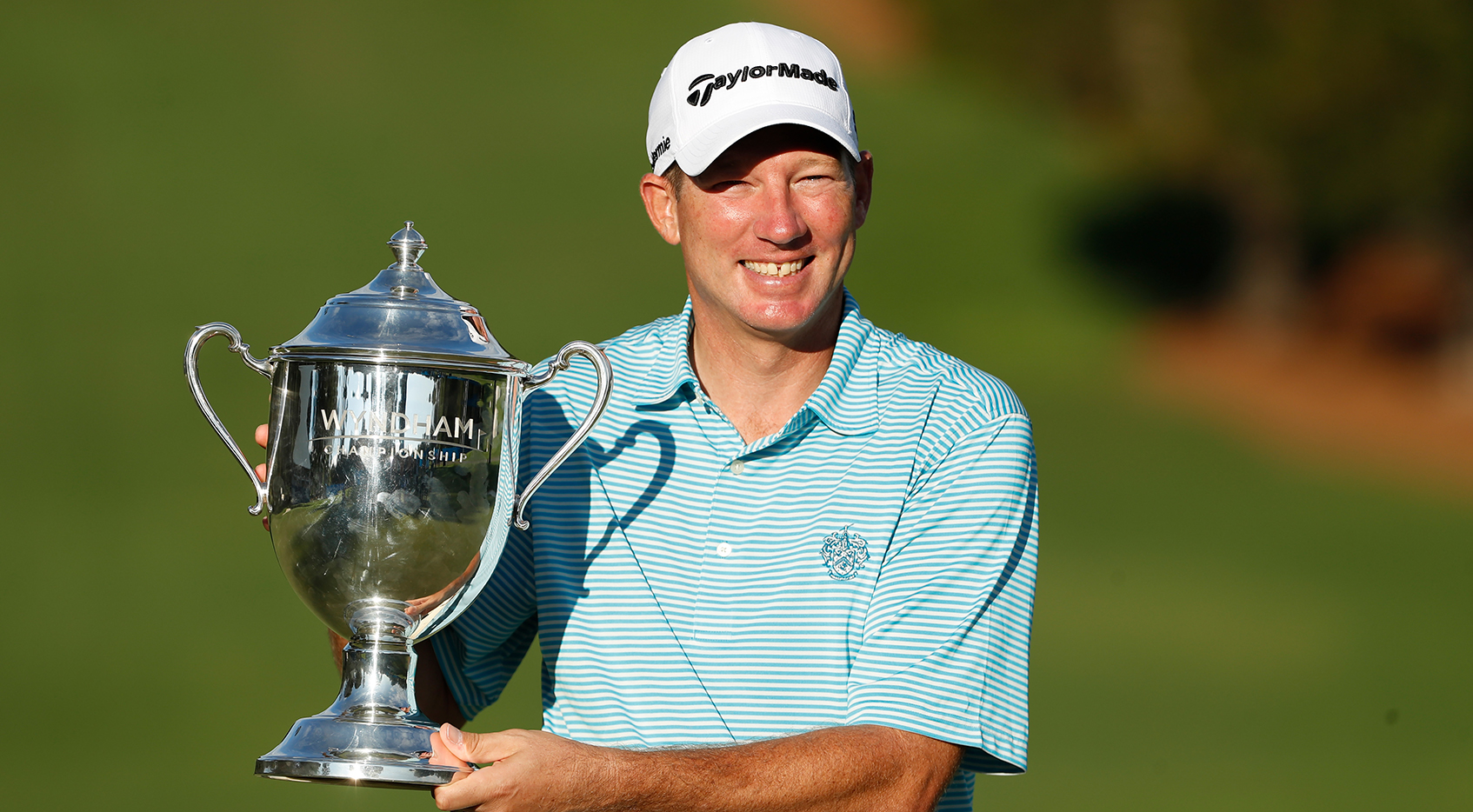 The first, which Herman termed “life-changing,” came at the 2016 Houston Open when he beat Henrik Stenson by one and Dustin Johnson by two. The second, which was “redemptive,” he said, came a year ago at the Barbasol Championship, ending a dismal string of 16 missed cuts in his previous 19 starts.

“Last summer was just a little validating, overcoming some injuries and just, you know, getting old,” Herman said. “You get old pretty quick out here with the young guys. They make you feel inadequate off the tee and especially long irons. You know, it’s mentally frustrating.

“To overcome it all and get here for a third time is pretty amazing.”

And making the win at Sedgefield even more satisfying was Herman’s performance on the weekend.

To even get to play the final two rounds at Sedgefield, Herman had to fight on the back nine Friday. When he bogeyed the 14th hole he actually had dropped outside the cutline but clutch birdies on his next three holes landed him Saturday’s opening tee time.

He shot a stellar bogey-free 61 on Saturday, one of two rounds of 9 under that the Donald Ross gem relinquished that day. He then came from four shots back and held off some of the TOUR’s best in Horschel, the 2014 FedExCup winner, and former Wyndham and PLAYERS champs, Si Woo Kim and Webb Simpson, to name a few, with a final-round 63.

Not bad for a guy who has now used a different putting stroke in each of his wins – the claw at Houston, a conventional grip at Barbasol and cross-handed at the Wyndham where he went back to one of his old Bettinardi putters.

“I was thinking about doing it on Sunday at PGA,” Herman reported. “I had it with me, a different model, and was going to do it, but I didn’t. I just stuck with what I was doing, conventional, at Harding Park.

“But I got here, and these greens are so perfect, you’ve got to be able to start the ball where you’re looking with the correct speed, and cross-handed just gets the ball rolling a little bit better for me at the moment and just went with it.”

The decision proved to be an inspired one.

Among the many keys on Sunday was the 59-footer Herman holed for eagle at the fifth hole. In all, he made 157 feet of putts in the final round and 444 for the week. He ranked first in greens in regulation and among the top five in Strokes Gained: Putting, Approach-the-Green, Off-the-Tee and Tee-to-Green.

So, while we may not have seen the win coming, Herman’s performance was solid at Sedgefield. Forget about the 27 missed cuts in his last 40 starts. He played with confidence and conviction in a victory he called “very satisfying” and should allow himself to savor.

“I guess whenever you win, you never really truly expect it,” Herman said. “I mean, there’s the guys at the top, they’re expected to win every week and they should expect that, they’re that good. You know, we’re all really darn good out here, but the mental game, it beats you down. …

“I really don’t know that yet other than it’s very, very satisfying to, you know, be in the mix after yesterday’s round, put myself in a position to be near the lead and then come from behind and go low on a Sunday to get a win.

“You watch it on TV, I watch that on TV all the time watching the guys and now to be able to do it is pretty amazing.”