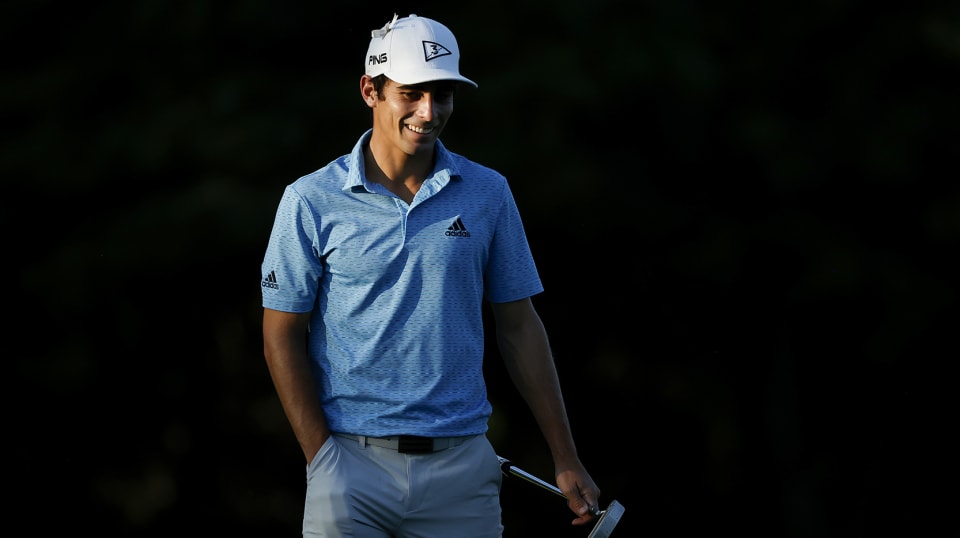 LOS ANGELES – Joaquin Niemann’s last two starts produced confidence-boosting runner-up results, but it is a victory of sorts from off the golf course that has the young Chilean star fired up ahead of The Genesis Invitational.

Niemann’s quest to help raise over $2.1 million for treatment for his infant cousin Rafita Calderon, who suffers from Spinal Muscular Atrophy, was successful and the youngster was administered his first dose this week back in Chile.

The International Presidents Cup star first brought the plight of his young relative to light late last year when pledging $5,000 for every birdie and $10,000 for every eagle in addition to his earnings at The RSM Classic, which totaled $152,450. He also donated his winnings from the Mayakoba Golf Classic ($65,262.85).

On Wednesday in Los Angeles, he was all smiles when recounting the latest news as he rejoins the TOUR following a trip home to Chile that came after he was second at both the Sentry Tournament of Champions and the Sony Open in Hawaii in January.

“It’s been an amazing last couple days. We got the whole money for the medicine and Rafita’s father got to fly here to the States to go get the medicine and then bring it back to Chile,” Niemann beamed.

“Rafita got the medicine a couple days ago, which was amazing … and right now he’s doing great. It’s been a couple days where he has been in the hospital waiting for how he reacts … but they sent me some pictures and he looks stronger, he looks happy.”

Niemann was also complimentary of all those people who did their part in the fund raising.

“It was more amazing to see the whole TOUR and all the people, all the companies, that were supporting me. We raised so much money in such a short period … and it gave us a lot of faith for Rafita,” Niemann added. “It’s really amazing what everybody did in those couple months to raise so much money.”

Niemann says it is real-life fights like that of Rafita’s that enable him to remain positive rather than negative about the two missed chances to claim a second TOUR win in Hawaii. The 22-year-old lost a playoff in Maui to Harris English and was passed by a charging Kevin Na in Honolulu, but Niemann says those disappointments aren’t even in the same realm of what was happening back in Chile. His positive nature was a game changer for Rafita’s father Felipe, also.

“Once we got the news it was a little shocking in the beginning. I didn’t believe it was true, and then a couple days after I called Felipe and Rafita, and it was a really hard moment,” Niemann said.

“They were crying, I was crying, too. It was tough. But after that I think it was really helpful to be positive. I remember I was calling Felipe and he was like why has this happened … just being negative. I was trying to push him to be more positive and tell him that I get to help him here in the states, because in Chile, it was really hard to get the $2 million but for me being here, getting more connections, using social media, all this stuff helps. It was beautiful.”

With his mind feeling free and his body refreshed Niemann has now set his sights on trying to turn the energy into results on the course. He sits eighth in the FedExCup and primed for a great season.