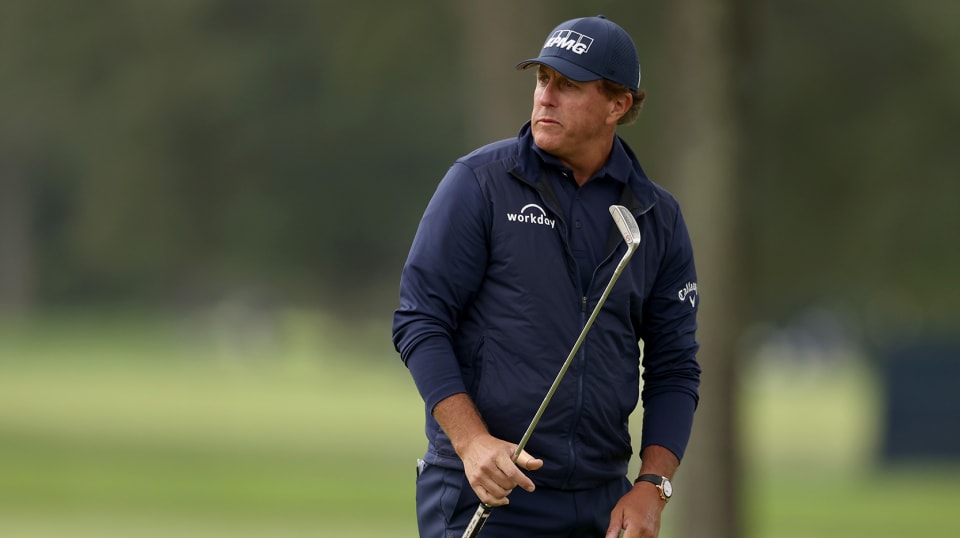 The latest commitments will add star power to the ZOZO CHAMPIONSHIP @ SHERWOOD, which announced last week that Tiger Woods will defend his title at Sherwood Country Club from October 22-25. Japanese star Hideki Matsuyama, who finished runner-up to Woods when the tournament was played at Accordia Golf Narashino Country Club in Chiba, Japan last October, will also headline the US$8 million showpiece.

“It is a pleasure to welcome these nine global stars who will join our defending champion Tiger Woods for the 2020 ZOZO CHAMPIONSHIP @ SHERWOOD. Their participation will undoubtedly aid in delivering an exciting competition for our fans in Japan, the United States and all around the world tuning in from home,” said Executive Director Travis Steiner.

“Although we will miss the opportunity to return to Accordia Golf Narashino Country Club in Chiba, Japan, we are thrilled to call Sherwood Country Club home for one year, especially considering the rich history the course holds to so many players returning to Thousand Oaks this October.”

Fleetwood, Fowler, Mickelson, Rose and Spieth became eligible for a sponsor exemption after finishing outside the top 60 in the final 2019-20 FedExCup standings, which is the primary qualification criteria for the ZOZO CHAMPIONSHIP @ SHERWOOD.

Johnson, a 23-time PGA TOUR winner, produced an unparalleled run of form over a five-week stretch to claim his first FedExCup title earlier this month. The big-hitting American won THE NORTHERN TRUST and TOUR Championship and finished runner-up at the PGA Championship and BMW Championship to claim the TOUR’s ultimate prize, the FedExCup. Johnson also won the Travelers Championship in June and finished tied sixth at the recent U.S. Open. The current World No. 1 has shot a low round of 61 at Sherwood in 2014 and featured three times at the venue in the Hero World Challenge (T16/2010, T13/2012, 18th/2013). 2020 will mark his tournament debut at the ZOZO CHAMPIONSHIP @ SHERWOOD.

Johnson said: “As a proud member at Sherwood Country Club, I am thrilled the club will be hosting the ZOZO CHAMPIONSHIP. I have played countless rounds there and love the golf course, so I’m really looking forward to the tournament.  It should be a special week, especially since I will have so many local family members and friends supporting me.”

Rahm won twice at The Memorial Tournament presented by Nationwide in June and the BMW Championship in August to finish fourth on the final 2019-20 FedExCup standings. The five-time PGA TOUR winner also enjoyed four other top-10s, which saw him reach World No. 1 for the first time in June. Currently ranked second in the world, his victory at the BMW Championship was courtesy of an amazing 66-foot birdie putt in a playoff against Johnson. This will be his first appearance in THE CJ CUP @ SHADOW CREEK.

McIlroy, the 2019 FedExCup champion, finished equal third at the inaugural ZOZO CHAMPIONSHIP last year and will arrive at Sherwood having finished eighth in the 2019-20 FedExCup final standings, following one victory and seven top-10s. His lone win came at the WGC-HSBC Champions in China last November. He has made two previous starts at Sherwood, finishing fourth and 11th in the 2010 and 2013 Hero World Challenge, respectively.

“I had a great time at the inaugural ZOZO CHAMPIONSHIP and will be hoping to build on last year’s success when we play at Sherwood in October. I’ll miss playing in Japan this year but hopefully, we’ll get to return soon,” said McIlroy.

A five-time winner, Matsuyama is the most successful Japanese golfer on the PGA TOUR. He finished runner-up to Woods at the inaugural ZOZO CHAMPIONSHIP on home soil last year and vowed to gain revenge. During the 2019-2020 season, he qualified for his seventh successive TOUR Championship appearance and finished 15th in the final FedExCup standings in a season that featured five top-10 finishes.

Matsuyama said: “We are grateful that ZOZO Inc. has decided to bring the tournament to the U.S. this year although I know the golf fans in Japan will be disappointed.  Hopefully they will enjoy the live TV broadcast of the event. Last year’s ZOZO CHAMPIONSHIP was a great success and it was an honor to participate in Japan’s first official PGA TOUR tournament. I was especially thrilled with the large galleries that lined each fairway and how they cheered on all the players. Many of my fellow PGA TOUR members have expressed to me what a great time they had at the ZOZO CHAMPIONSHIP and how impressed they were with the golf etiquette and knowledge of the game that the gallery displayed. I was fortunate to play well last year and contend for the title. However, Tiger just played better than all of us. It was a well-deserved win and hats off to Tiger for earning his record-tying 82nd PGA TOUR victory. I know he will be tough to beat at Sherwood where he has had great success in the past. I am really looking forward to Sherwood. Hopefully I can play well enough to contend for the trophy again this year and give the golf fans back in Japan a good show.”

Although Fleetwood has yet to capture a win on the PGA TOUR, the Englishman owns five European Tour victories since turning professional in 2010. He enjoyed one top-10 and four top-25s during the 2019-20 PGA TOUR season including a third-place finish at The Honda Classic in March where he took a one-shot lead into the final day. In 71 career starts on the PGA TOUR since 2013, Fleetwood has 17 top-10s including four runner-up finishes. He featured in the inaugural ZOZO CHAMPIONSHIP in Japan, finishing T22.

Fleetwood said: “Naturally, it’s disappointing not to be playing the ZOZO CHAMPIONSHIP in Japan this year. It is a magical country and one that I look forward to returning in 2021. I love the passion for golf that the fans have there and hope to see them all next year! Great work though and hats off to the organisers for relocating the tournament to California. Sherwood is a course I’ve heard a lot about so I can’t wait to play there in October which will be a beautiful time of the year. An elite field (with no cut) event is one that all players want to compete in so I’m very grateful for the opportunity and will be doing my best to win!”

In 14 starts during the 2019-20 PGA TOUR Season, Fowler captured two top-10 finishes and was a member of the winning U.S. Team at the 2019 Presidents Cup hosted at Royal Melbourne. The 31-year old has collected five career PGA TOUR wins highlighted by his victory at THE PLAYERS Championship in 2015. He also owns three international victories including his first professional win at the Kolon Korea Open where he won by six strokes over Rory McIlroy. The 2020 ZOZO CHAMPIONSHIP @ SHERWOOD will mark his third professional start at Sherwood Country Club, having competed twice in Thousand Oaks at the Hero World Challenge (T4/2012, T6/2011).

“It’ll be awesome to play in the ZOZO CHAMPIONSHIP @ SHERWOOD. I’ve enjoyed the opportunity to play on this golf course previously in Tiger’s event and it’s going to be fun to return to Sherwood. Being a four-day tournament with no cut, I can see the guys pushing to go low during the week which is always fun. It’s going to be an amazing week and I’ll be hoping to bring my ‘A’ game out and challenge for this title. We are very thankful that ZOZO has brought their tournament from Japan to the U.S. this year. As my grandfather is Japanese, it’ll also be pretty cool if I can win this tournament and dedicate it to him,” said Fowler.

Mickelson, a 44-time PGA TOUR winner, will make his tournament debut stateside at the ZOZO CHAMPIONSHIP @ SHERWOOD. The World Golf Hall of Fame member returns to Sherwood having competed in the Hero World Challenge twice, where his best performance was a 10th-place finish in 2002. Mickelson is coming off the 2019-20 PGA TOUR Season having earned two top-10 finishes and ultimately went on to rank 75th in the final FedExCup standings. The 50-year-old secured a wire-to-wire triumph and became the 20th player to win in his PGA TOUR Champions debut at the Charles Schwab Series at Ozarks National last month.

Mickelson said: “I heard wonderful things about the debut of the ZOZO CHAMPIONSHIP last year and have had it circled on my schedule for some time. While we’ll miss the opportunity to compete in front of fans in Japan, we look forward to putting on a show for them and golf fans around the world from my home state of California. With a great field, it should be a fantastic week for all involved.”

Justin Rose, the 2018 FedExCup champion, reigning Olympic Games Gold Medallist and a former world No. 1, played his way into the 2020 FedExCup Playoffs, but his season concluded following a T25 finish at THE NORTHERN TRUST. Since turning professional in 1998, Rose has collected numerous accolades including 12 international victories, a member of five Ryder Cup European teams and 10 PGA TOUR titles. The 2020 ZOZO CHAMPIONSHIP @ SHERWOOD will mark his tournament debut and his first professional event at Sherwood Country Club.

Rose said: “I can’t wait to play in the ZOZO CHAMPIONSHIP this year.  I know the field will be strong and the venue at Sherwood will be spectacular. Getting off to a strong start in the new season is a priority and ZOZO will be a great spot to try and capitalize.”

2020 will mark Spieth’s second start at the ZOZO CHAMPIONSHIP @ SHERWOOD. Spieth holds 11 PGA TOUR victories including three major championship wins featuring titles at the U.S. Open and the Masters in 2015 followed by The Open Championship in 2017. During the 2019-20 PGA TOUR Season, he posted three top-10 finishes.

“I couldn’t be more excited to play the ZOZO CHAMPIONSHIP next month at Sherwood Country Club. It’s a special course and I know ZOZO and the tournament team are going to have it in amazing shape. We appreciate ZOZO bringing the tournament to the U.S. this year and I’m excited to support the event with what will for sure be a great show for golf fans all over the world,” said Spieth.

Sherwood is a Jack Nicklaus Signature designed golf course and was the venue for Woods’ tournament, the Hero World Challenge, from 2000-2013. Woods has a terrific record at Sherwood where he won his own event five times (2001, 2004, 2006, 2007 and 2011) and finished runner-up on five other occasions, thus raising anticipation that the 2020 ZOZO CHAMPIONSHIP @ SHERWOOD could produce an unprecedented 83rd PGA TOUR title for Woods.

The ZOZO CHAMPIONSHIP @ SHERWOOD will feature 78 professionals, including the leading players from the 2019-20 FedExCup points list, players designated by the Japan Golf Tour Organization and sponsor exemptions. In addition to the US$8 million purse, ZOZO, Inc. is planning a variety of charitable activities in Japan, the proceeds from which will be donated to fund programs and measures to help prevent the spread of the coronavirus among other initiatives.