HILTON HEAD ISLAND, S.C. – The transition to this week’s RBC Heritage is always a welcome respite for players after a long week at the Masters, but the transition from Augusta National to Harbour Town Golf Links can be a challenge.

At 7,475 yards Augusta National is always one of the season’s most unique tests with a combination of length and challenging greens. Harbour Town is just 7,099 yards and demands a more measured approach from players. At least that’s the idea for most players but that doesn’t mean Dustin Johnson plans to make any adjustments.

Johnson explained that even though the two courses are vastly different, the skillsets to be successful are surprisingly the same.

“Last week the course was long. Even the fairways are big. They’re still kind of tight the way they position the bunkers, and the slopes and the fairways, you’re still trying to hit it to a certain spot,” the world No. 1 said. “It’s actually a good preparation for this week because you’ve got to hit your numbers. These greens are really small. Last week the greens were big, but very small quadrants. There’s a lot of similarities, even though the golf courses may not look anything alike.”

Although Johnson grew up in South Carolina this is just his fourth start at the RBC Heritage. Last year’s tie for 16th was his best finish in the event. 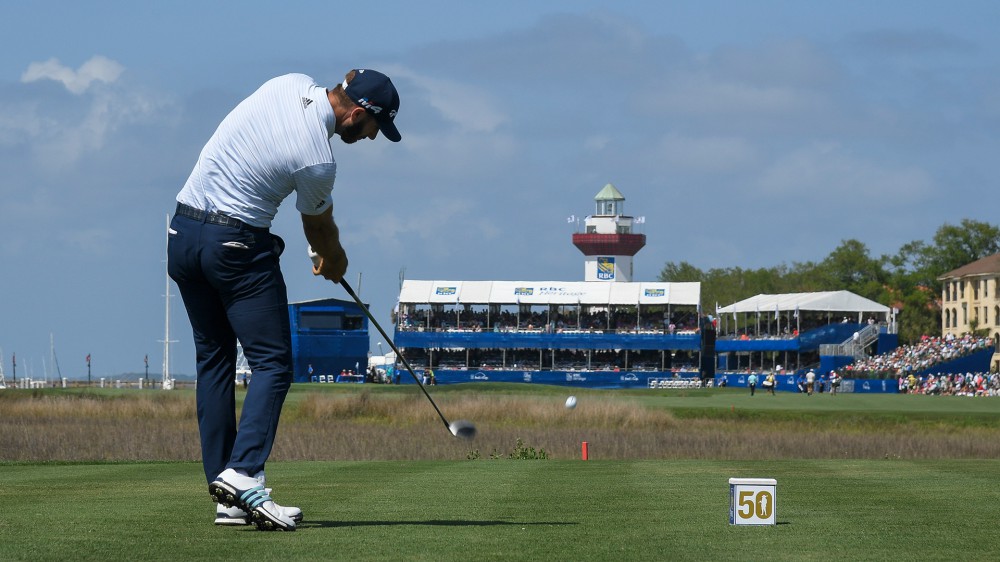