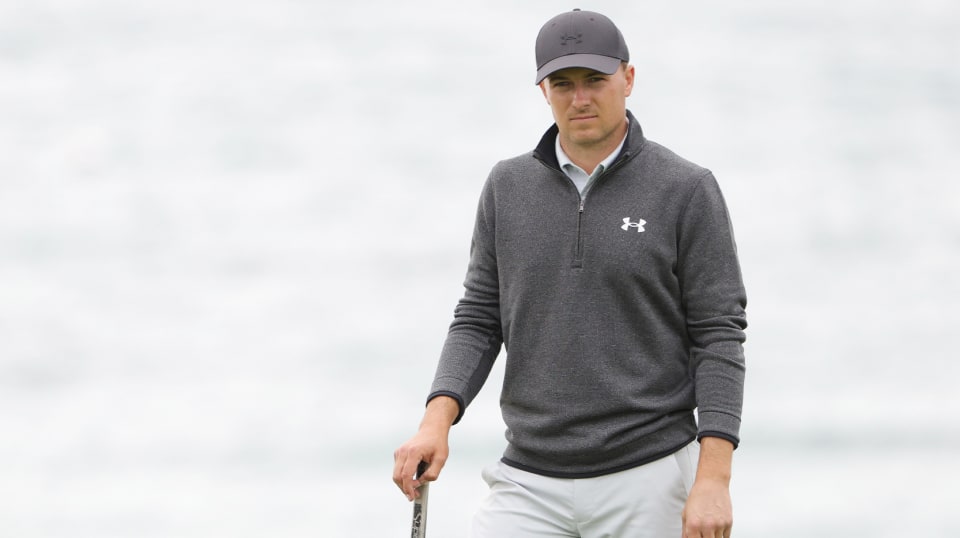 Jordan Spieth finished birdie-birdie at the AT&T Pebble Beach Pro-Am on Sunday, but there were no moral victories as he rallied to tie Patrick Cantlay for third. He tipped his cap to winner Daniel Berger, a longtime friend who shares the same teacher, but knows he could have done far more to be a factor on Sunday at Pebble Beach Golf Links.

The two closing birdies left Spieth with a round of 2-under 70, three shots behind Berger’s winning pace. It was the second consecutive week that Spieth had carried or shared the 54-hole tournament lead into Sunday. Having not tasted victory since The Open Championship at Royal Birkdale in the summer of 2017, Spieth was asked stepping off the 18th green if his week could be deemed a success.

“Right this second, obviously not,” said Spieth, an 11-time PGA TOUR winner and three-time major champion who now has gone 78 starts without winning. “I was leading by two (to start the round) and had control of my own destiny today. Even though Daniel went out and shot 7 under, I for sure could have gotten up there. So, it stings a little right this second.”

Spieth gave himself a good birdie look at No. 1 and made birdie at the par-5 second, but then his play got scratchy. He made bogey at the short third from a fairway bunker and bogeyed the par-3 fifth when he missed the green. He fought back with birdies at Nos. 7 and 10 (a great approach inside 5 feet) but wasn’t driving the ball accurately enough to give himself proper birdie chances coming in.

“It’s not mental. I’m as confident as I’ve been in a long time,” Spieth said. “Not only the current outlook, but also looking forward. So it’s still mechanics. It’s still dragging on (his swing). It’s still going too long and therefore getting late into the ball. I made some really, really, good swings this week under pressure, and I made some not so good swings under pressure. And there were more good ones than there were last week.”

Spieth hit six of 14 fairways on Sunday, his poorest driving performance of the week, and tied for 110th in driving accuracy (58.93%). He hit some incredible recovery shots from the rough, managing to tie for 18th in greens in regulation (53/72), and tied for sixth in birdies, with 20. He made no doubles nor had any three-putts. There were many positive signs as he continues to climb. Next up is one of Spieth’s favorite courses: Riviera, and The Genesis Invitational.

“I’m legitimately going around with maybe my ‘B’ game and I know that stepping on the first tee,” he said. “And being in the lead by two, that’s … you can look at it both ways. It’s pretty awesome that I feel that I’m still significantly far off of where I want to be and am able to be leading the tournament through 54 (holes). But at the same time, it’s very difficult to go out knowing that you don’t have your best stuff, and to go out there with my own expectation that I’m going to win today.”

One thing is certain. Spieth will keep on fighting.