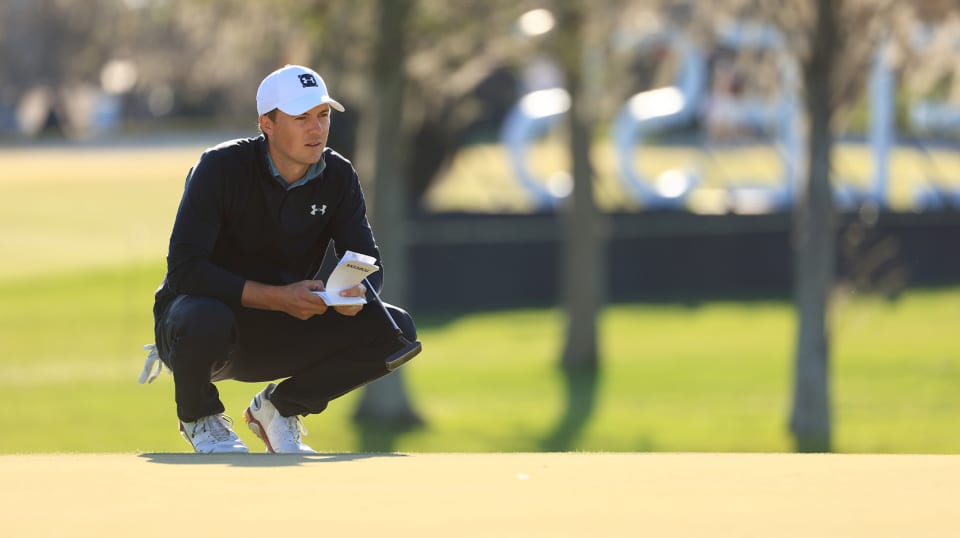 Jordan Spieth, the former world No. 1 and 2015 FedExCup champion, has revealed that his three-year slump was precipitated by a previously undisclosed bone chip in his left hand.

According to the Golf Channel’s Ryan Lavner, Spieth hurt himself most likely while lifting weights and chose not to have surgery. Asked about his injury at the World Golf Championships-Dell Technologies Match Play Championship on Monday, Spieth said that by compensating with his grip and swing in order to avoid pain, he turned his poor play into a full-on slump.

RELATED: Play the Bracket Challenge | Print out your bracket

“I probably fought changes that would have helped me turn things in the right direction a little bit sooner,” said Spieth, whose resurgence (FedExCup No. 47) has been a big story in 2021.

With top-15 finishes in four of his last six starts – contending at the Waste Management Phoenix Open (T4), AT&T Pebble Beach Pro Am (T3), and Arnold Palmer Invitational presented by Mastercard (T4) – he has gone from 92nd to 52nd in the Official World Golf Ranking.

Specifically, Spieth said, he fought strengthening his grip starting in 2018.

“As the year went on my grip got weaker, the club face got more open and then I needed to flip at impact and so it just required more timing,” he said. “From somebody who already has kind of a weaker grip to start with, you don’t really have much wiggle room on that side of the things.

“And so, it’s something that I’ve got to continue to try and work on and make sure it’s not an issue,” Spieth continued. “It was 100 percent responsible for me not being able to strengthen my grip, which in turn then is probably normally the first thing guys go to, if something gets a little bit off is, all right, where in my setup are things different?”

Spieth’s slump has been one of the most vexing storylines in golf over the last three years. He hasn’t made the TOUR Championship since 2017, which was also the last year he won, and failed to qualify for the recent WGC-Workday Championship at The Concession. Missing the tournament, he said, “lit a fire” as he resolved not to miss any more going forward.

The 49th seed at the WGC-Dell Technologies, he will play 15 seed Matt Fitzpatrick in the first round of pool play at Austin Country Club on Wednesday. Matthew Wolff and Corey Conners are also in his group.

“It was very much a reason,” Spieth said of the injury and how it impacted his slump. “But I mean, everybody’s got some reason for something that they get off. That was mine, and I certainly could have handled it differently and feel good that right now it’s not an issue.”