“I called coach [Nick] Saban to leave him a voicemail yesterday, and he actually answered, which I couldn’t believe,” said Thomas on Wednesday at the Sony Open.

“I just told him unbelievable. He’s a legend. To make that decision on the biggest stage where, if it doesn’t work out, the criticism he’s going to get from that, not only from everybody else, but from the university, from the players. There’s a reason he’s, probably the best college football coach of all time.”

Thomas was referencing Saban’s decision to start freshman quarterback Tua Tagovailoa, who went to high school not far from Waialae, in the second half of Monday’s game.

Of course, the reason for Thomas’ smile could also be that he won a bet with Kevin Kisner, a Georgia fan. Kisner, who is paired with Thomas for Rounds 1 and 2 this week, will have to wear an Alabama jersey on the 17th hole on Thursday.

Not that Thomas plans to gloat.

“It hurts enough losing. It’s not like I need to kick him when he’s down,” Thomas said. “It was a heck of a game . . . Not that I feel bad for them, but that’s enough. I don’t need to hammer it down their throats.” 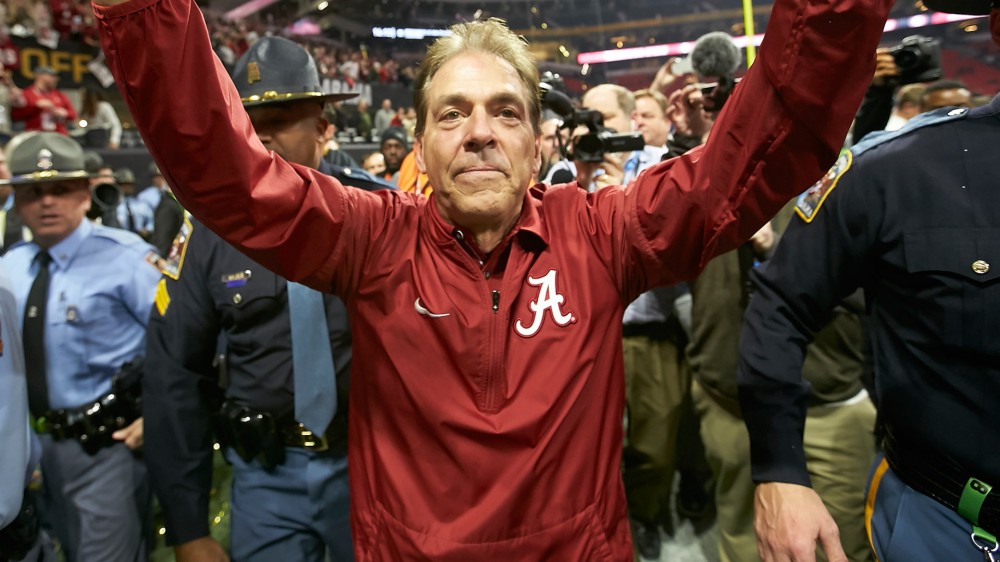 Day jumps to No. 7 in OWGR with Wells Fargo win