Home Golf News & Information Just three back, Zach Johnson looks to finally get locals on board at RSM Classic 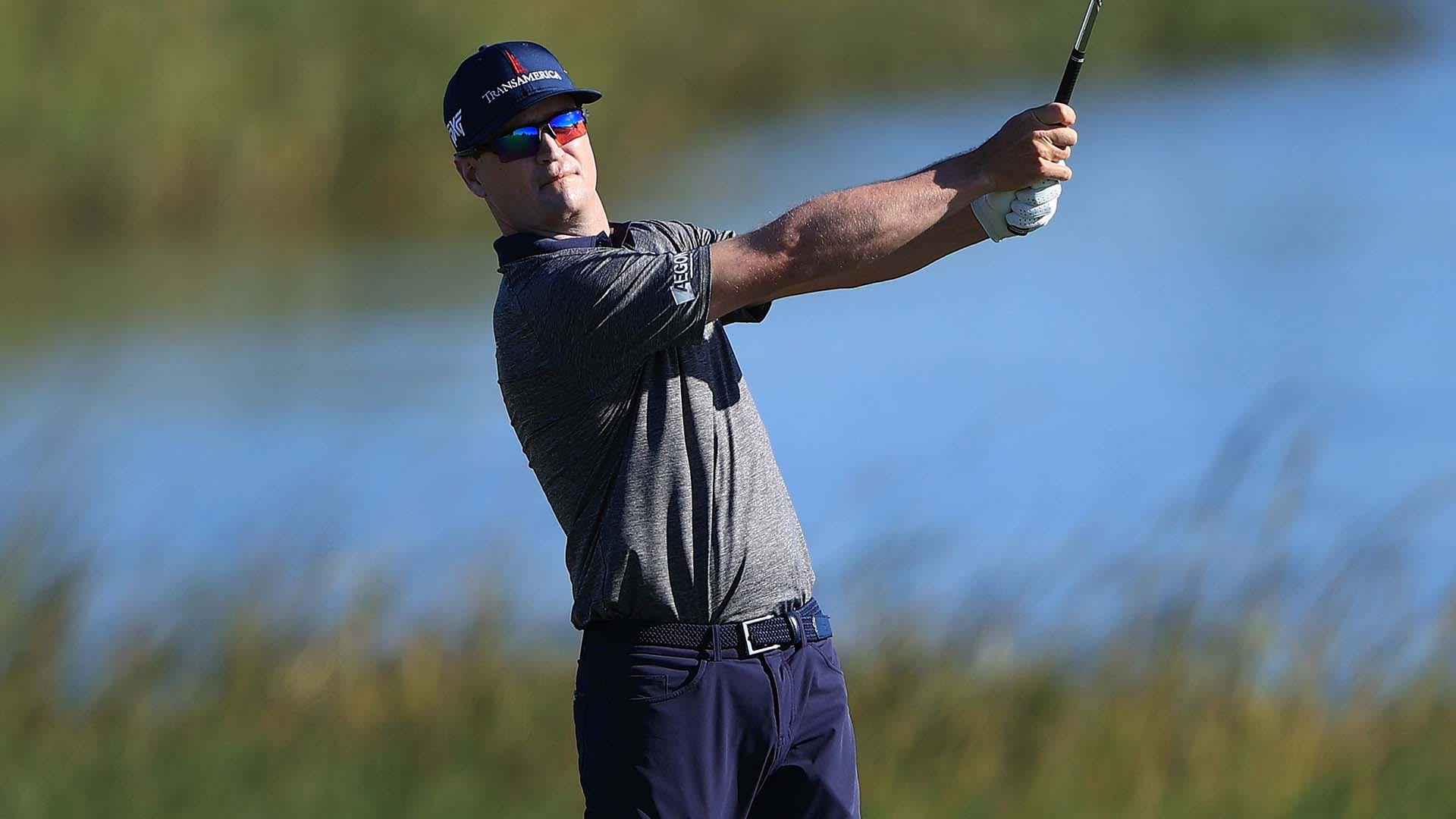 ST. SIMONS ISLAND, Ga. – The 31522 is 0-for-a-decade within the friendly confines of Sea Island Golf Club, but the impressive group of professional locals who call this slice of Georgia coast home will have yet another chance to get on the board at the RSM Classic.

This year it’s Zach Johnson carrying the flag for the island following a third-round 65 Saturday that left him tied for second place at 14 under par and three strokes off the lead.

“There’s been some cases where they’ve played all right,” Johnson said. “I don’t know. I mean, outside of just the basic facts, the numbers, I mean, there’s 132 to 152 men in the field, so the odds are against you.”

The odds don’t seem great for Johnson on Sunday with 2014 champion Robert Streb posting a perfectly Robert Streb round, a bogey-free 67, on another windswept day on the Seaside Course for a commanding lead. But given Johnson’s familiarity with the layout, he was confident.

The locals are always confident and understandably so. The list of island residents includes Johnson, a two-time major champion, plus Matt Kuchar, Harris English, Brian Harman and Patton Kizzire. Oh, and tournament host Davis Love III – or as the locals refer to him, “Uncle Davis.”

“Based on the amount of talent that lives here, based on the resumes that live here and having that course knowledge, it is a little bit surprising. I find it a little bit odd [that a local hasn’t won the RSM Classic],” Johnson said.

There have been plenty of close calls since the event began in 2010. Chris Kirk was a local for a few years, but when he won the event in 2013, he’d already moved to the Atlanta area. Kevin Kisner also spent time on the island while his house was being built but was long gone when he collected his RSM Classic title in ’15.

There are some outside chances. Kizzire is at 11 under after struggling on Saturday, and he’s gone low on the Seaside Course before including a third-round 63 in ’19, and Kuchar is another shot back. But if this is going to be the year when a local finally wins the RSM Classic, it seems like Johnson is the best bet.

“I do not dislike wind,” Johnson smiled when asked about Sunday’s forecast.

He’s finished inside the top 10 twice at Sea Island, in 2018 and ’19, and given this week’s windswept conditions, Sunday’s finale favors a grinder like Johnson. But he’s also had a decade to come to terms with all the pitfalls.

For the St. Simons Island locals, the expectations are always high despite a decade of disappointment, but Johnson hopes to change that narrative once and for all.