Home Golf News & Information Justin Thomas (71) is frustrated, and yet he’s only three back 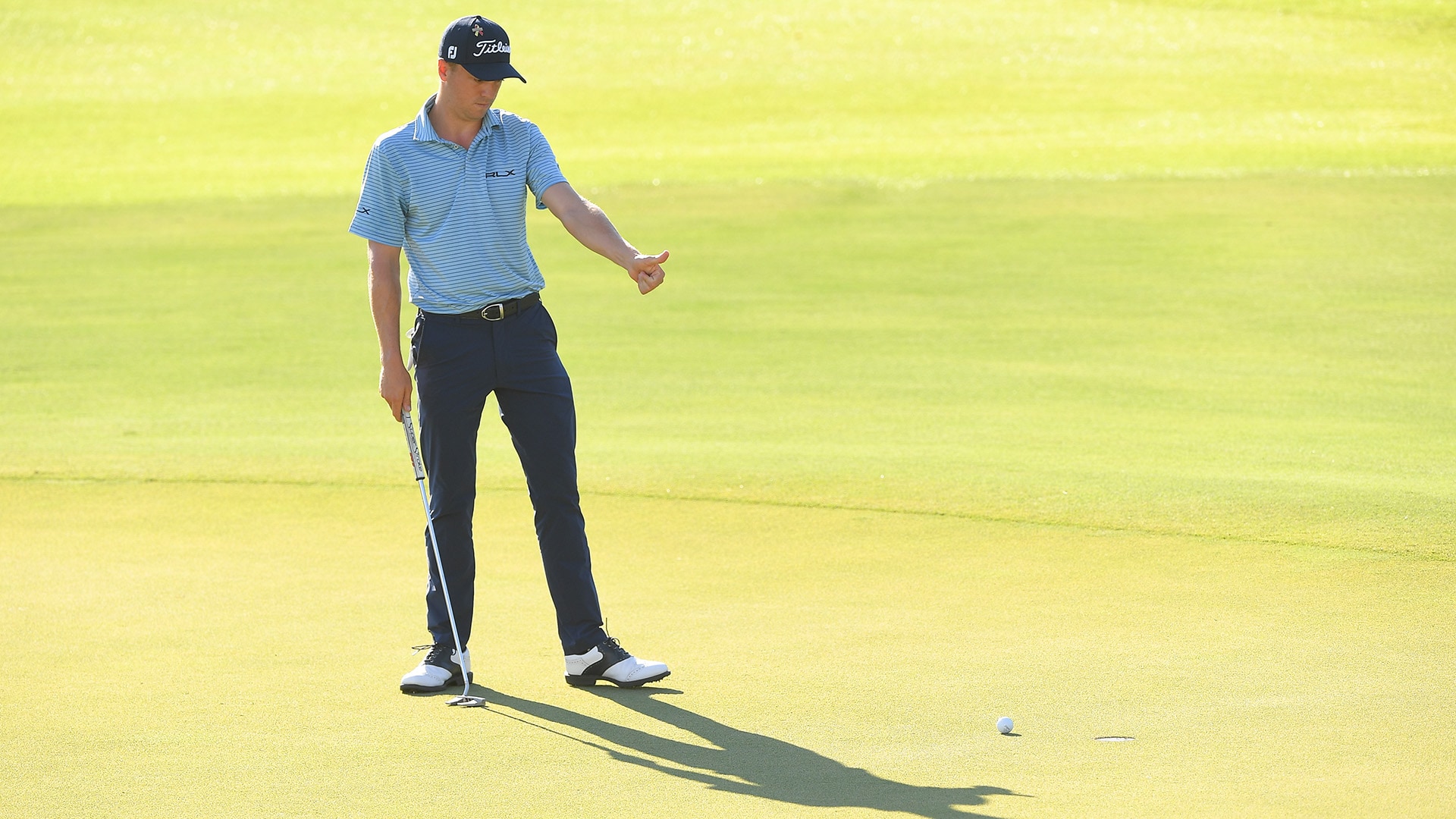 ATLANTA – Following his second-round 71 at the Tour Championship, Justin Thomas had no interest in hiding his frustrations.

“I played miles better than 1 over par. I should have never shot over par today with how well I played,” he said. “I’m doing a lot of good things. I just had a hard time hitting some putts hard enough there in those first four, five, six holes I’d say.”

Despite his aggravation, Thomas remains firmly in the mix at East Lake, where he’s alone in fourth place at 10 under par. That puts him three strokes off the lead on a course where he’s never finished outside the top 10 in four previous starts.

Thomas said he’s struggled with the pace of the greens the last two weeks, and he went to the practice green after his round. He ranked 30th in the field of 30 in strokes gained: putting and needed 30 putts on Saturday.

“Honestly I had a hard time getting the ball to the hole last week at the beginning of the week, because they were so firm you want them to be like Augusta, but they weren’t as fast,” he said. “They were just more crusty and firm to where if you got downwind or you got to some bare parts of the green they rolled out; whereas here, they’re so true they don’t have those inconsistencies and being really firm or being soft.”